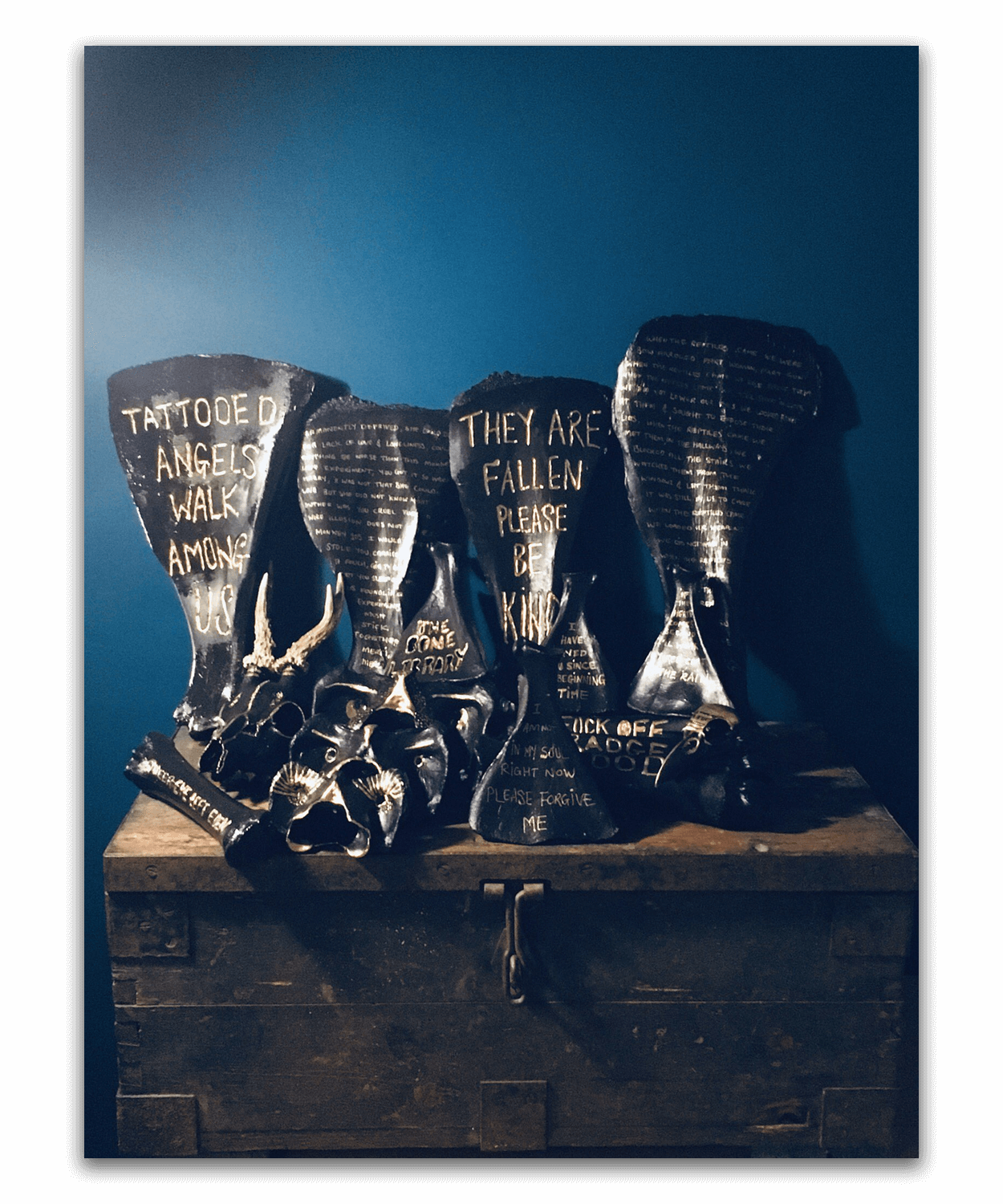 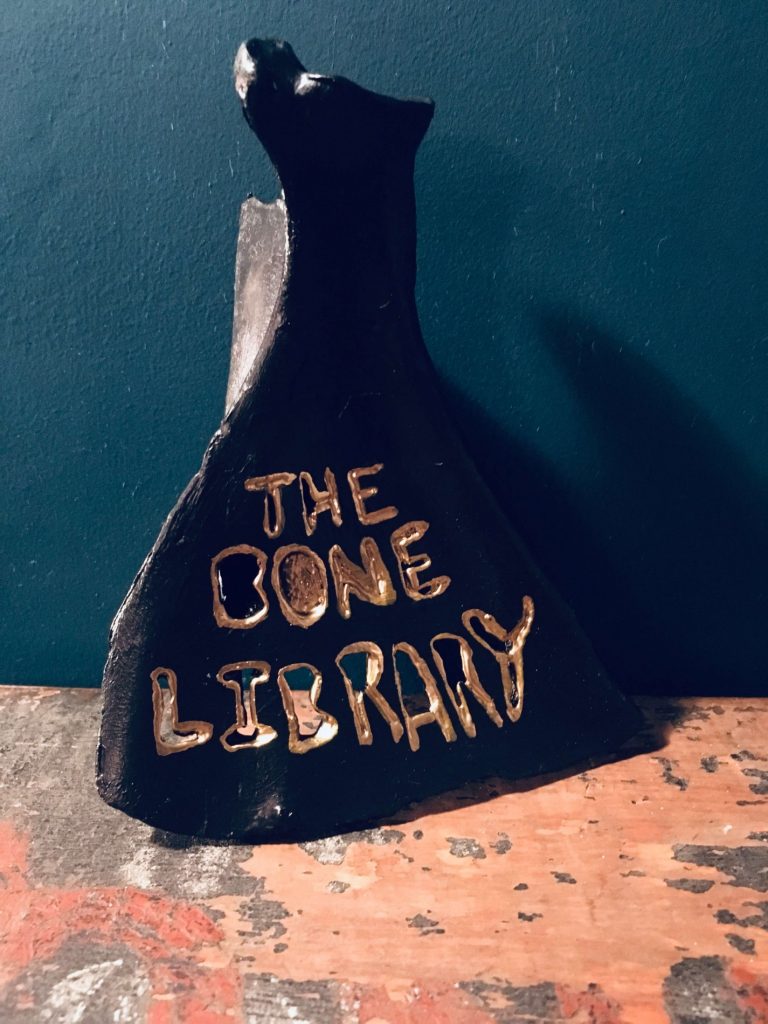 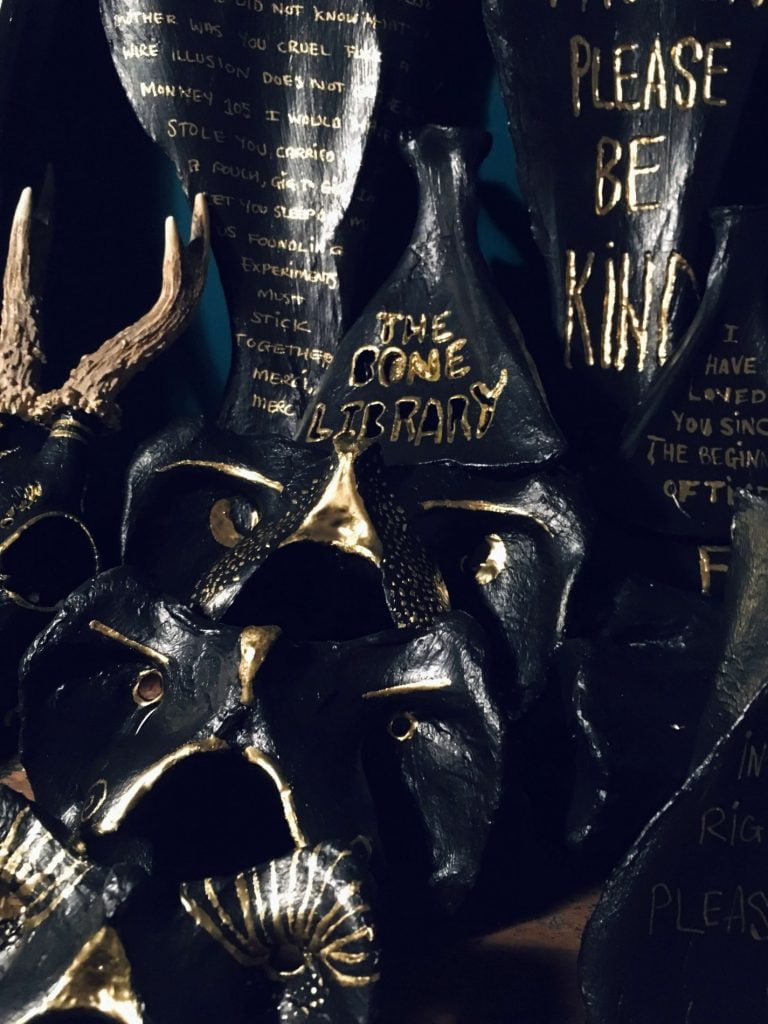 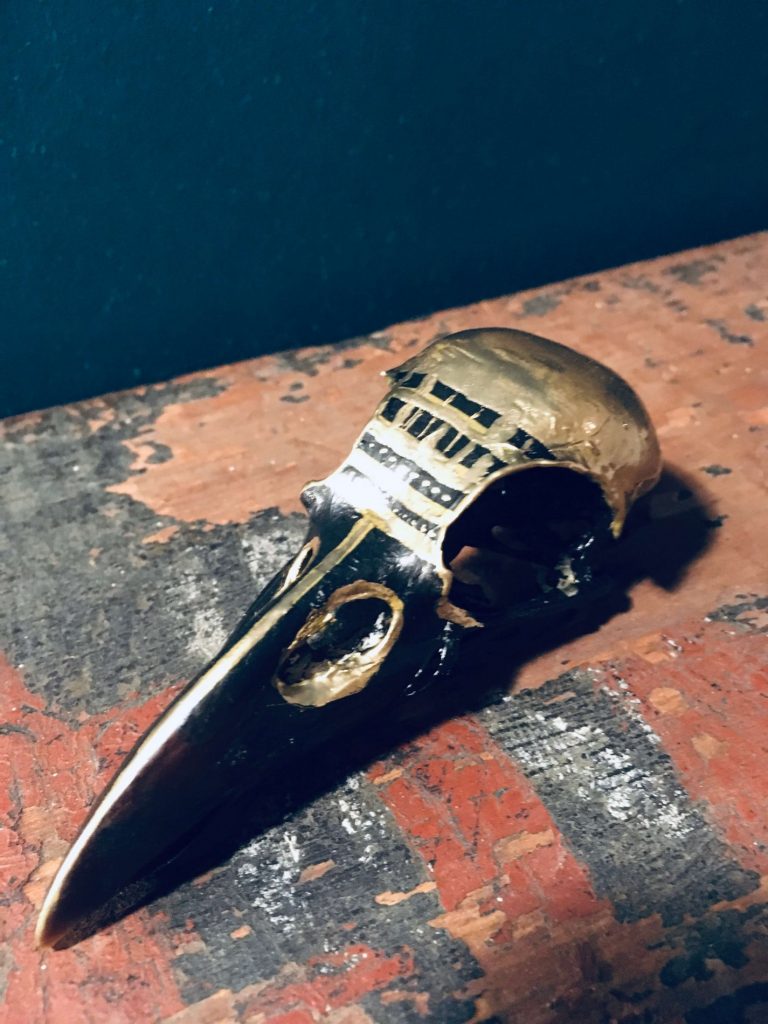 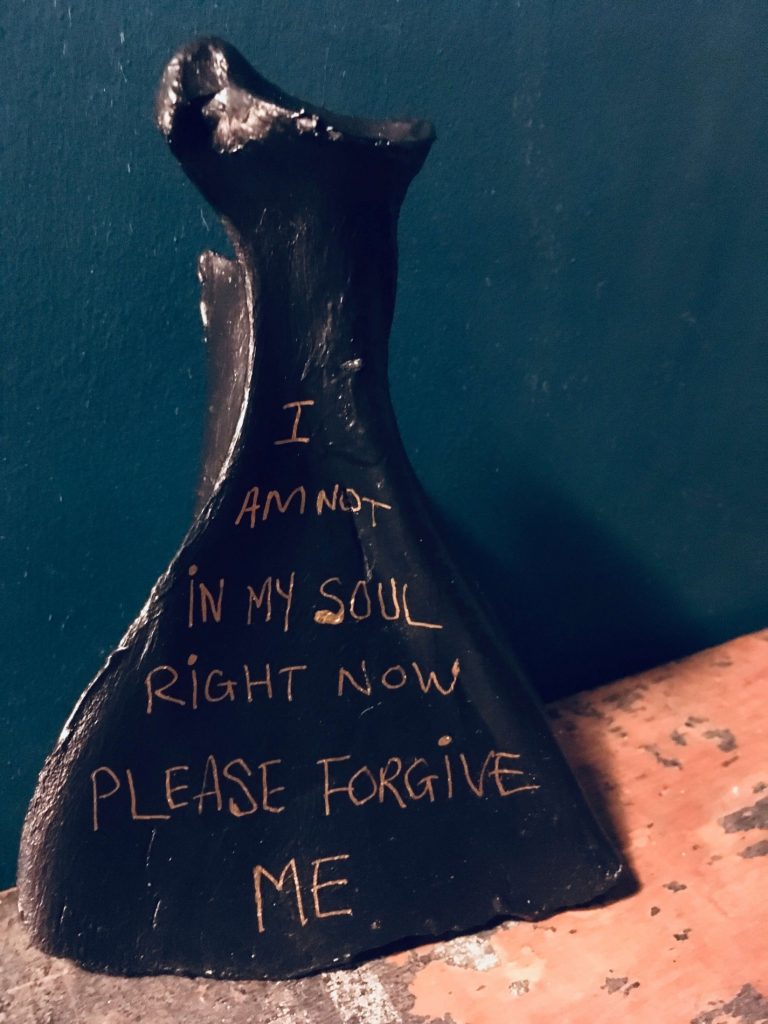 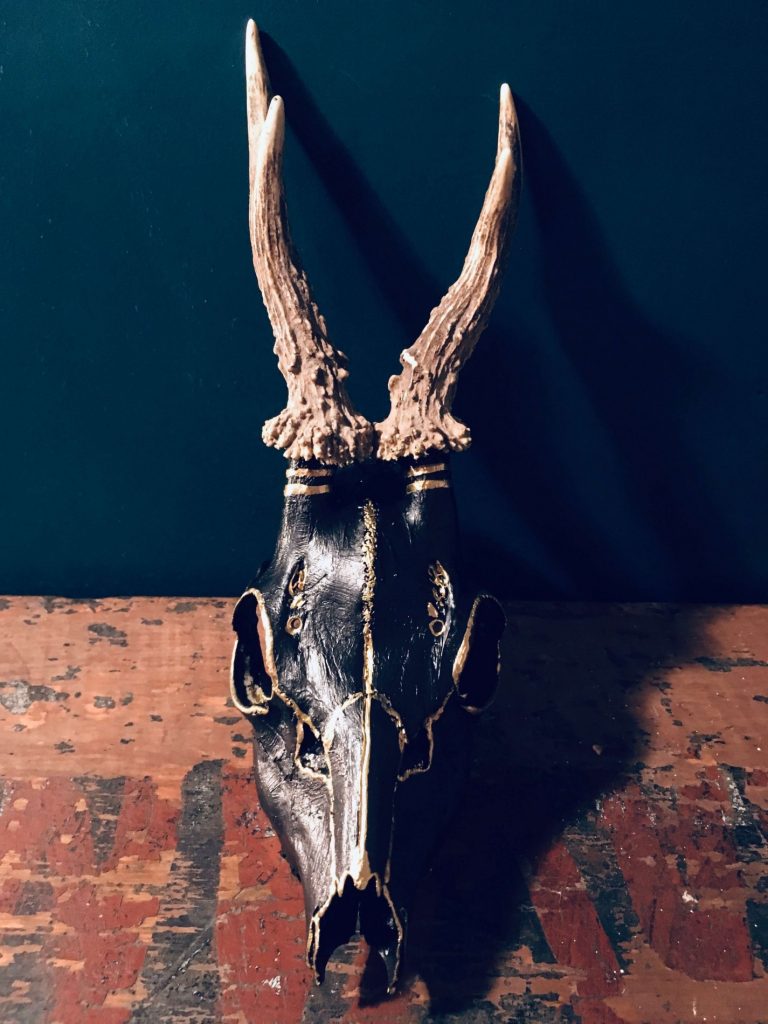 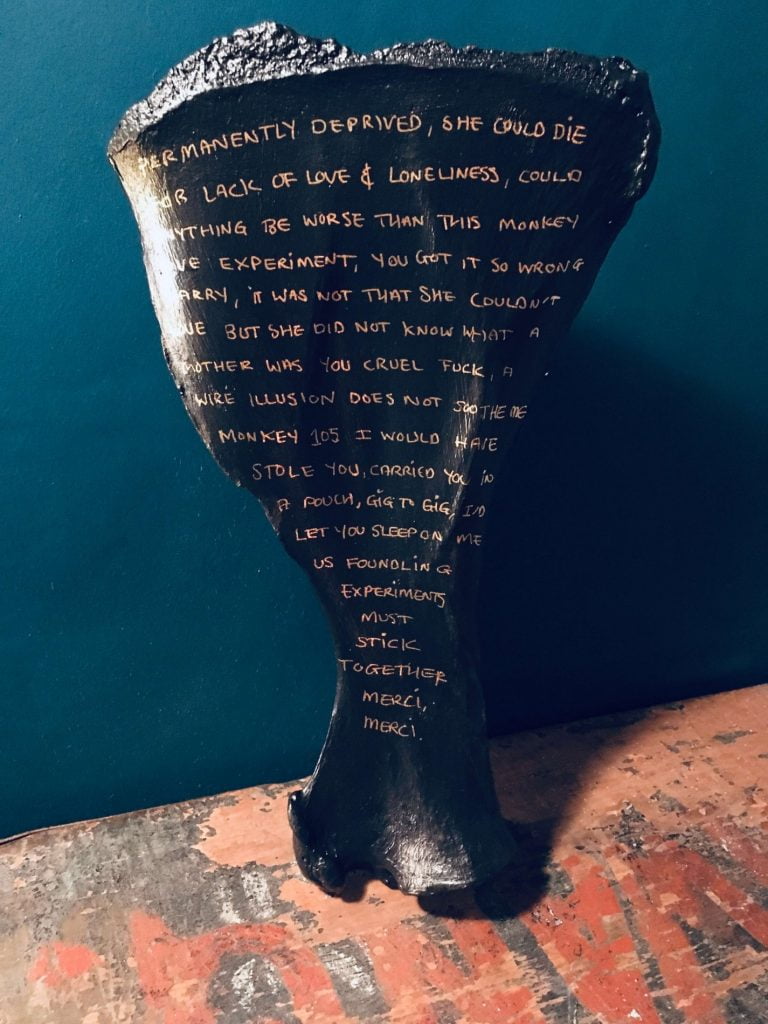 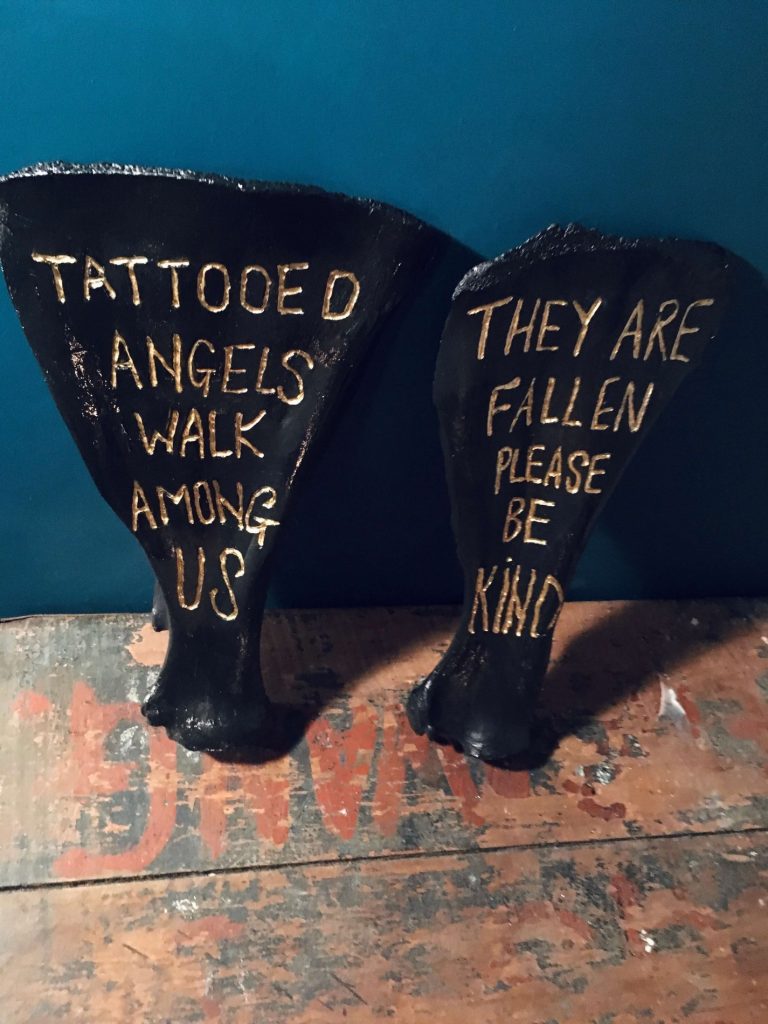 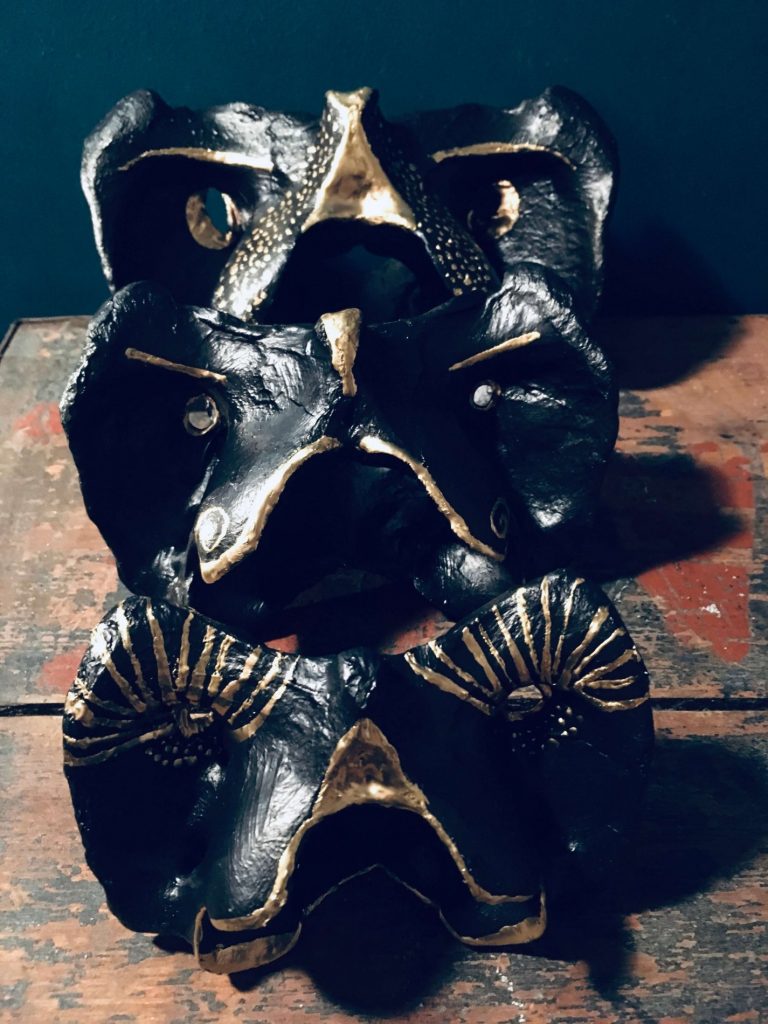 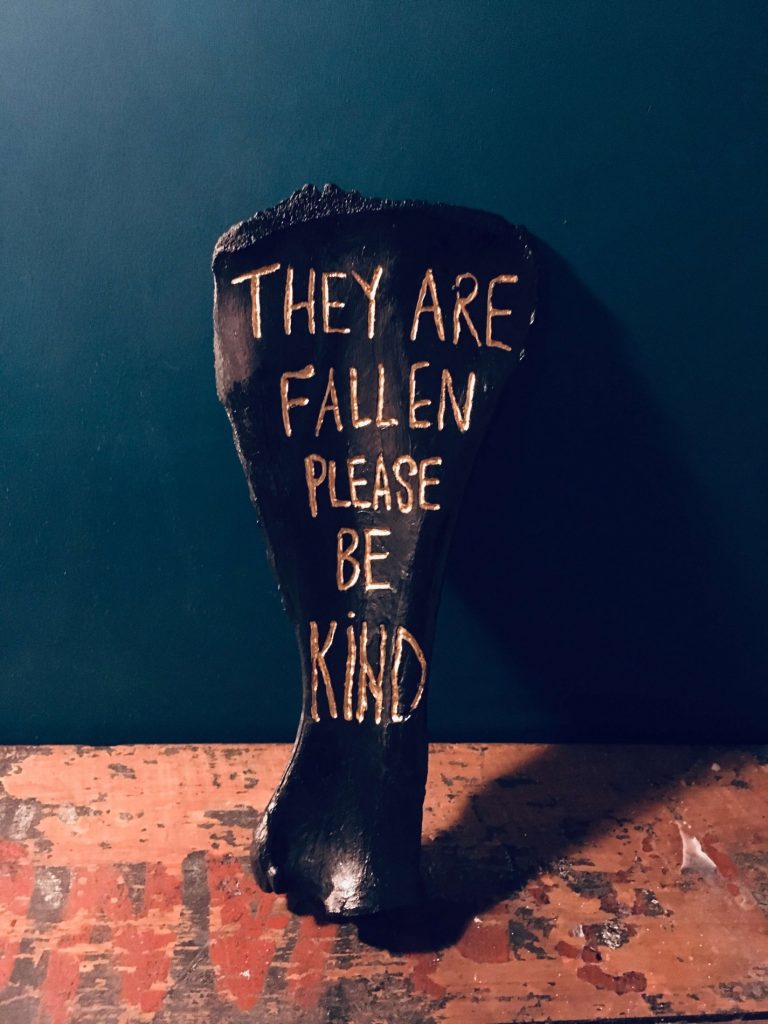 Jenni Fagan was the Gavin Wallace Fellowship writer in residence at Summerhall from February 2019-February 2020. During the Fellowship she worked on a new book of poetry, The Bone Library, a new novel, Luckenbooth, which has just been published, wrote a series of texts for walls in the building, and engraved texts on to bones.

We wanted Jenni to be part of this celebration because of the ways she engaged with the building and our staff during her time at Summerhall. We knew she would contribute something beautiful, uplifting and thoughtful.

As the poet in residence at Summerhall I spent many hours wandering around the building trying to find unseen stories, on one of those days I discovered The Bone Library — a small corridor leading to the Dissection Room, which is now used for gigs.

On that morning I turned up to a staff meeting to find that the corridor was now being repurposed for disability access and the amazing old drawers, that had originally been used to file bones, were to be removed. I thought this was brilliant because it provided better access and I immediately decided to write a poem about the bone library which would be printed like a spine — at wheelchair height alongside the new access way.

I told the gathered staff a bit more about my work at Summerhall and that I was looking for things that aren’t seen, or known about and someone mentioned the bones in the attic, another person said not to talk about that and a third added that they were ‘inferior,’ bones, leftover by the vets when they moved to their new premises.

It was exactly what I was looking for, I spent hours lifting boxes of bones down to my study and then the following year — teaching myself how to engrave them, with poetry I had written in my residency, paint them and then fill the engraved areas with gold.

Art meets science. A bridge appears between past and present. All things have purpose. There were many secrets in the bone library. Now there is poetry. Time moves on.