I shot this during the festival in 2012, I had recently built the glass brick wall in my studio and wanted to make some portraits using its defused light. I got as many people in as I could, I think I probably only got about a third of the people that were involved in the fringe that year. Some famous faces amongst some old friends. Video not loading? Click here.

Peter Dibdin is a photographer and Summerhall resident. His work includes photography for theatre and performance, portraits, food & drink and location photography. As well as undertaking commissions, he initiates his own projects, most recently collaborating with his writer brother Thom to mark the absence of the 2019 Edinburgh Festival Fringe on a series called Nothing to Review Here.

Pete has been photographing Summerhall since the beginning, knows the building as well as anyone, and has literally thousands of unseen images of Summerhall and people who have visited it. We invited him to choose a few pictures to give a sense of (some of) the people and happenings over the last 10 years.

I was one of the first residents to move in to Summerhall, when the place was locked up at 5pm and the only way of getting out was to put a dustbin lid in-front of the big gates, opening them up as if by magic. One time I was locked inside the Small Animal Hospital (which is ironically now home to escape room centre Locked in Edinburgh), with only a carcass bin as company and a dying phone.

From the start I began to document the place. To do it properly would be a full-time job, so most of my images are the things that interested me or I was specifically asked to shoot.

The images here are just a selection of the images I have taken over the years, starting first with a film of over two hundred and fifty portraits of some of the people involved with the 2012 Fringe at Summerhall, shot in my studio.

The most recent is a a shot of the Daybreak team during lockdown, taken as part of a series of images I made of some of Summerhall’s residents and staff who adapted to the pandemic restrictions in 2020.

These images reflect not only the breadth of the talent who have visited Summerhall over the years, but also the extraordinary community and talent that we have here in the residents.

Summerhall has been my saviour, every day I am thankful for my studio, but that is not to say it doesn’t have its quirks! During lockdown it has been a rock, allowing me to have a daily routine away from home and also meaning I could carry on working. 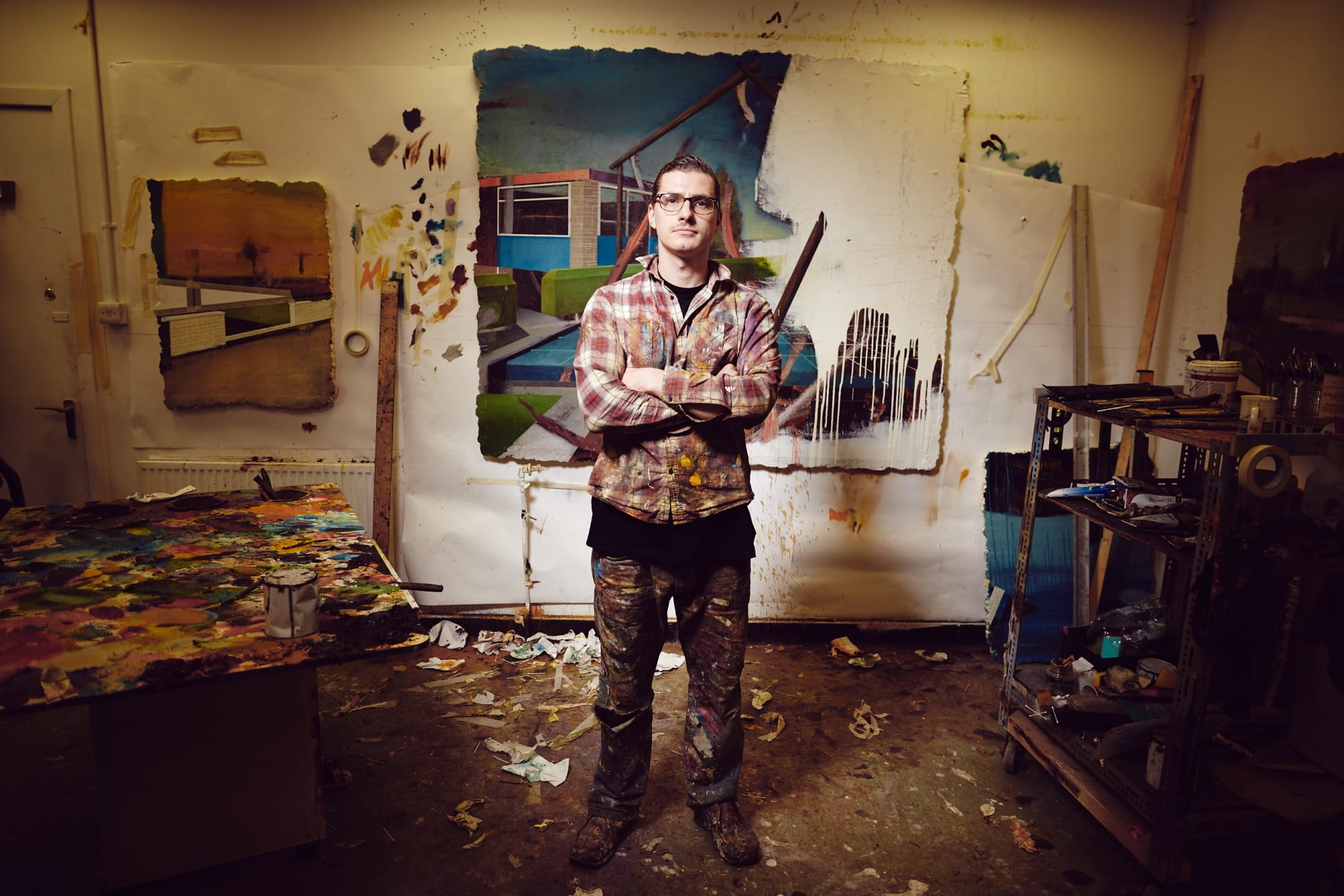 STEPHEN THORPE - Steve moved into Summerhall about the same time as I did, this is now the studio where Modern Prints and CopyStand live. Steve now lives in Hong Kong, selling his paintings world wide. 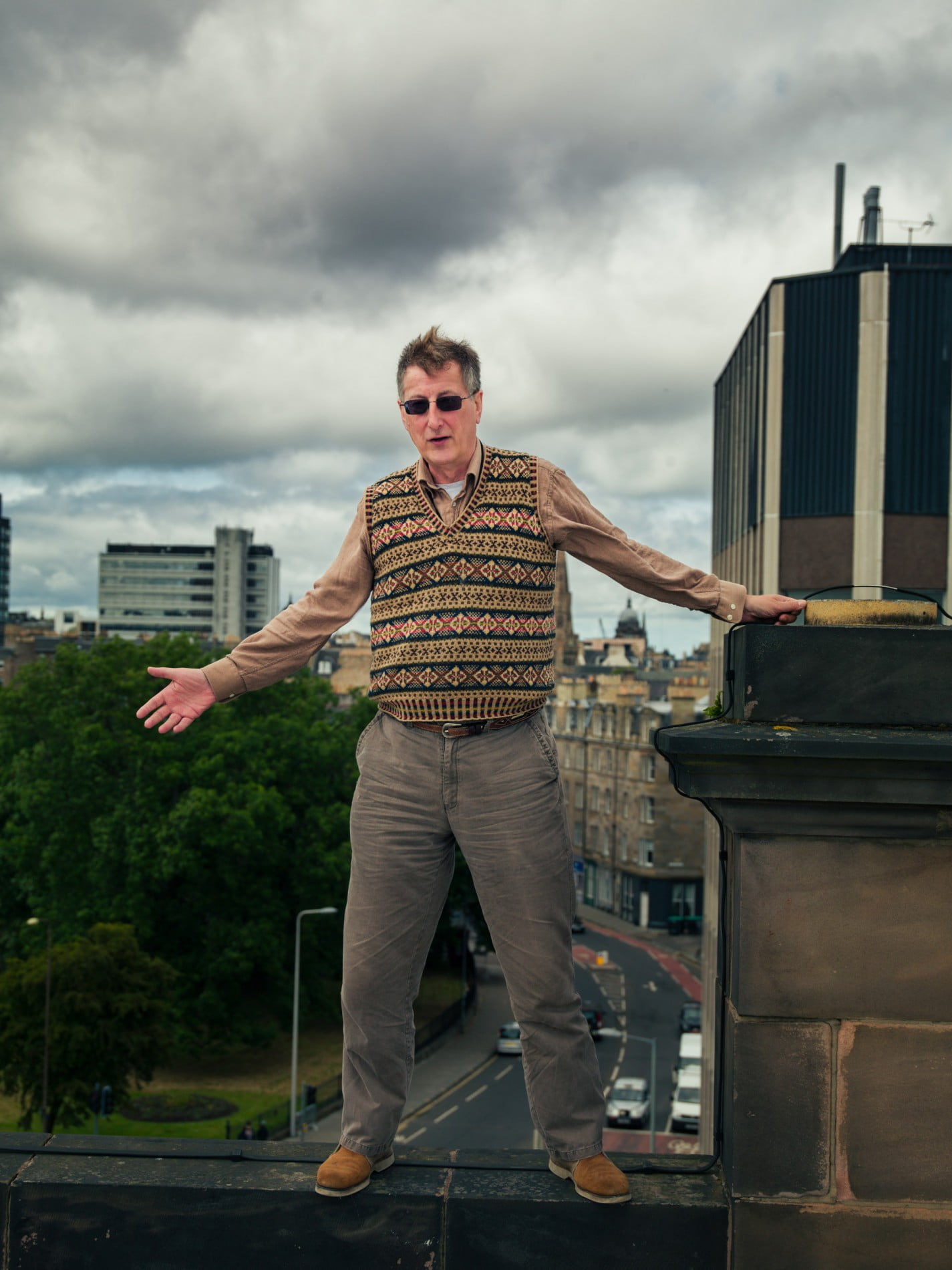 ROBERT MCDOWELL - During the summer of 2013 I shot a series of portraits of residents and faces from the south side of Edinburgh, with Robert representing Summerhall. The final shot chosen for the project was taken in the Pain Thing exhibition, but we started the shoot up on the roof and Robert jumped up on the edge of the building with much gusto. 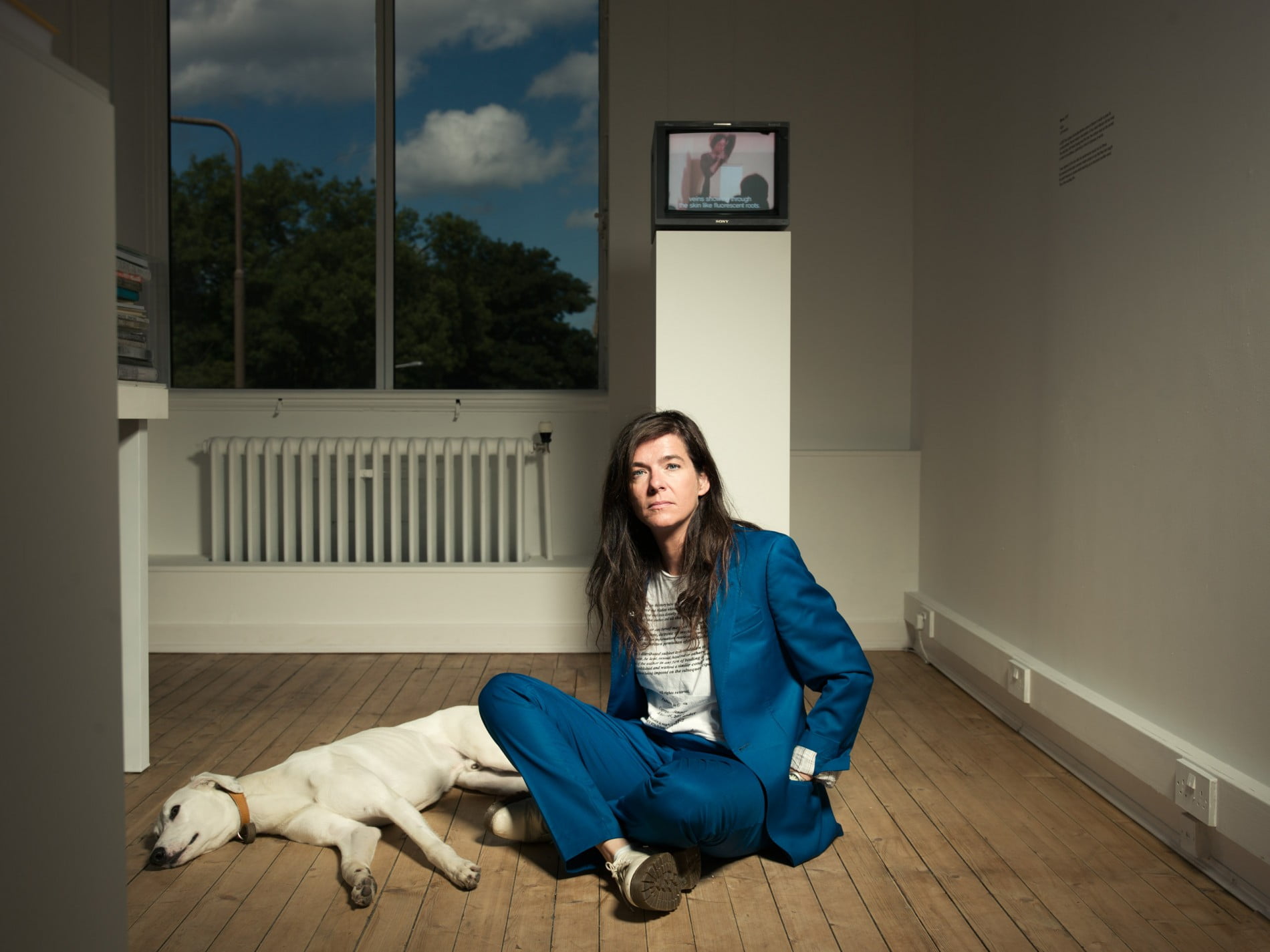 FIONA BANNER - Turner Prize nominee Fiona Banner had an exhibition in Summerhall's Meadows Gallery in 2013. Whilst documenting the exhibition I took a series of portraits, accompanied by Jack, and Fiona wanted to have him in the shot. Somehow he has a knack of taking the limelight! 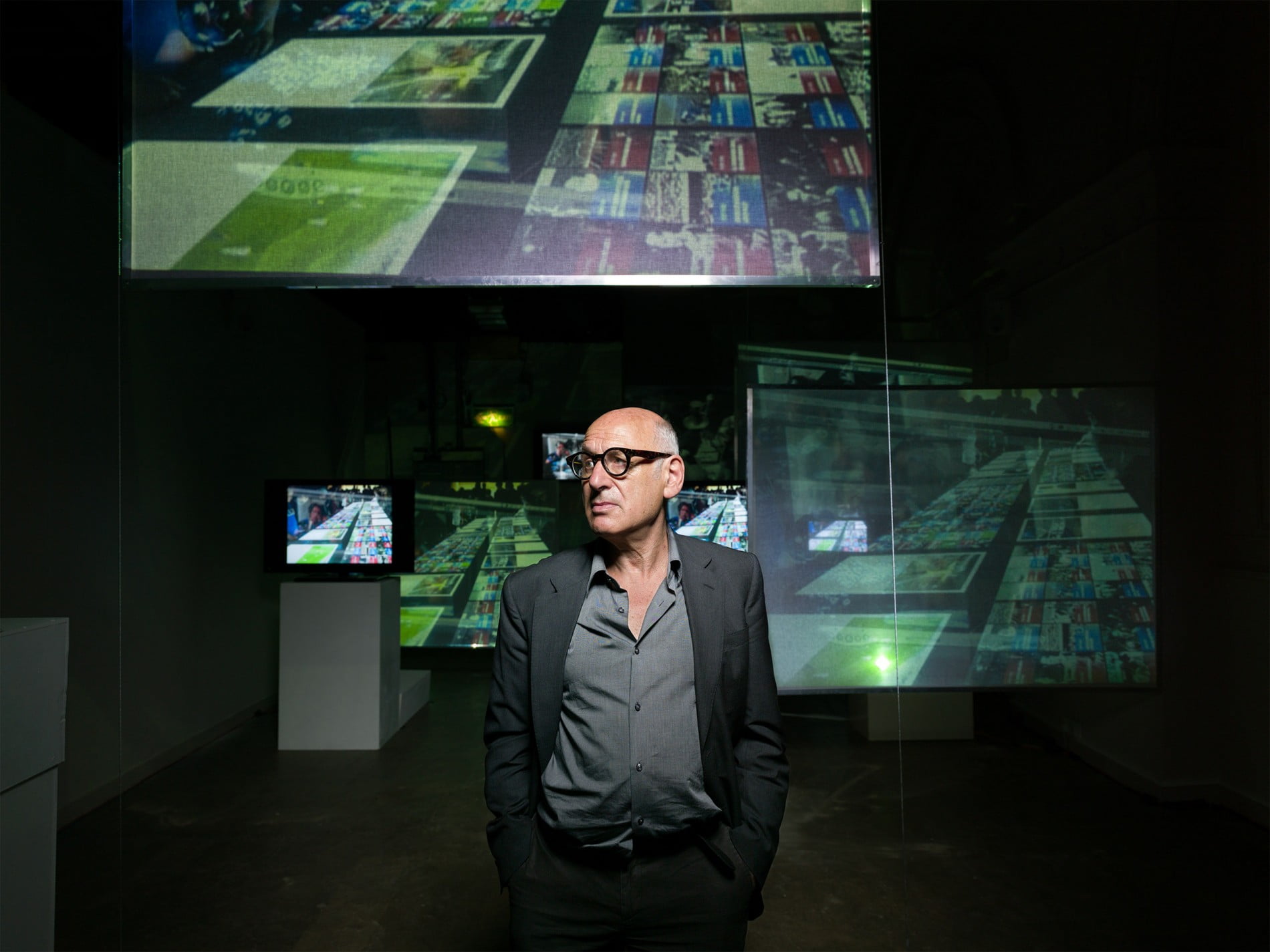 MICHAEL NYMAN - I have listened to Michael Nyman’s music since finding it in his scores for Peter Greenaway’s amazing films, so when photographing him I was admittedly slightly starstruck. This was shot in Summerhall's Upper Church Gallery during his 2013 exhibition 'Images Were Introduced', an homage to Vertov's 'Man with a Movie Camera'. 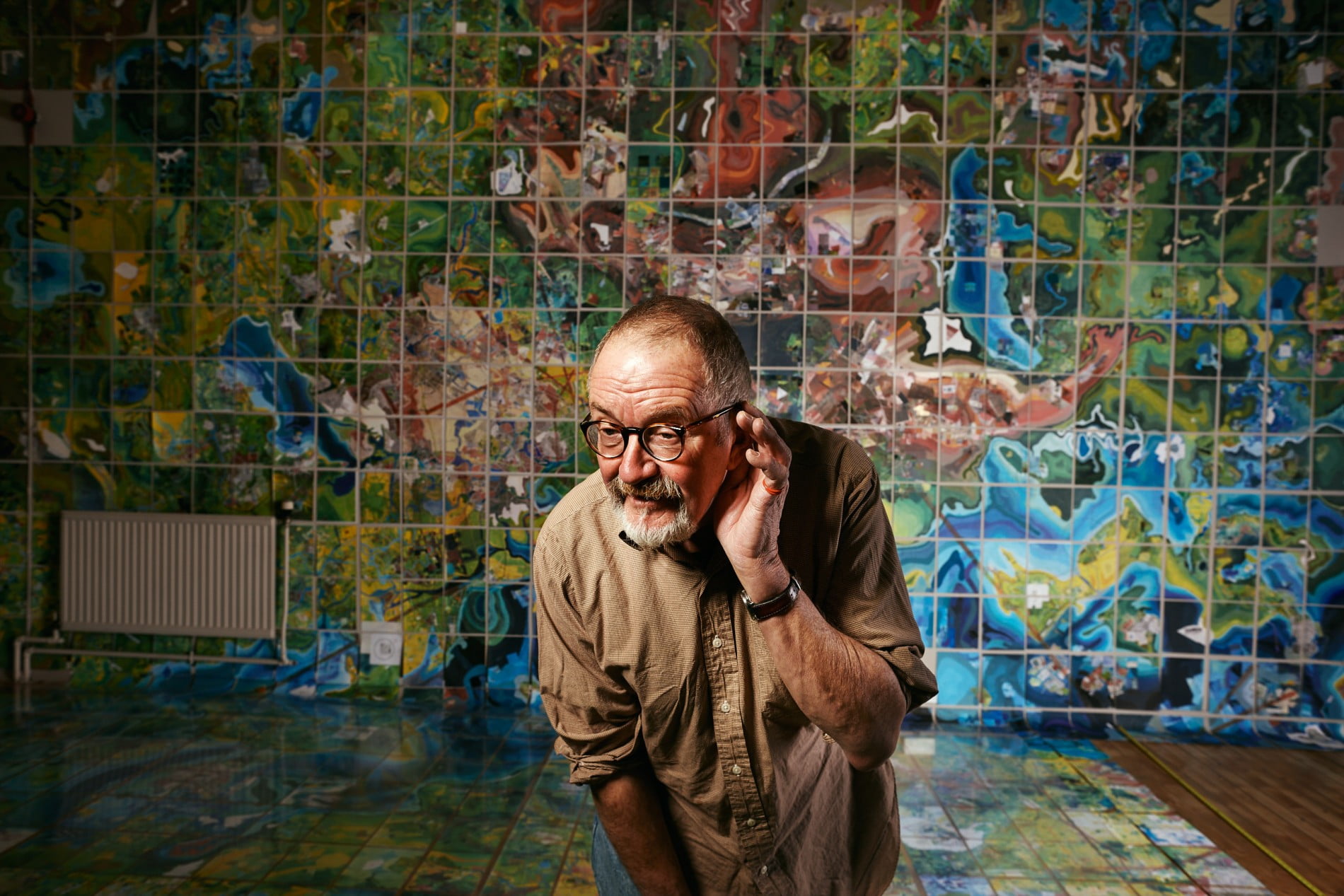 JERRY GRETZINGER - Previous Summerhall curator Paul Robertson was responsible for bringing some amazing artists to the venue, including Jerry and his ongoing art project 'Jerry's Map'. Beginning in 1963, the map is like a precursor to Minecraft - a huge imaginary world. He took over what is now the Café seating area, covering the walls and floor with his amazing world. 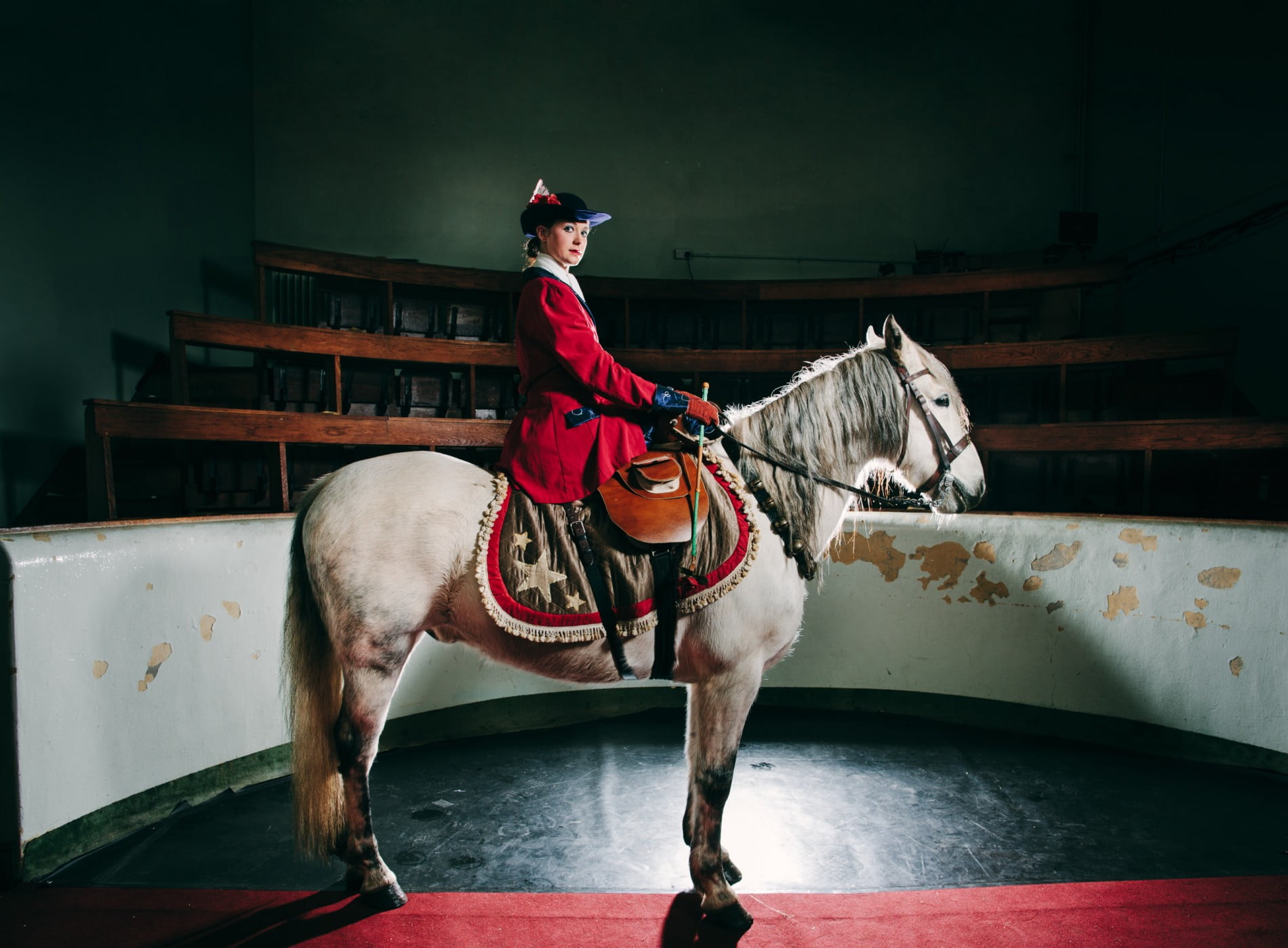 LES AMIS D'ONNO EQUINE - These guys had a show in the Demonstration Room and my brother Thom needed an image for a review, so I shot these on a cold Saturday morning. The Demonstration Room used to have a high hook to hang carcasses on, and it was good to see some animals in there very much alive! 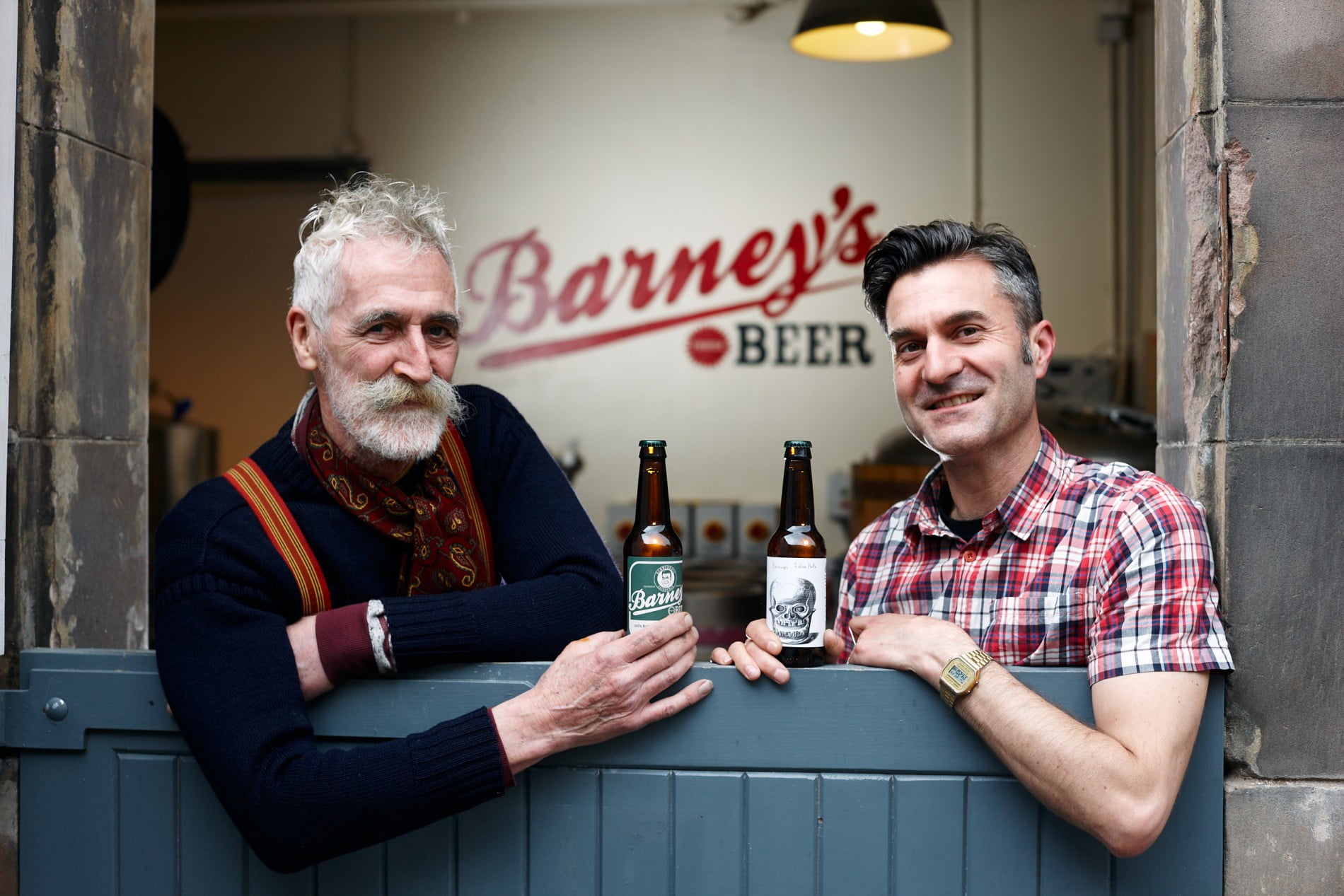 BARNEY AND JOHN BYRNE - In 2014, Barney commissioned John Byrne to design a label for a limited edition beer, Barney's Extra Pale. I took a shot to celebrate the fact. 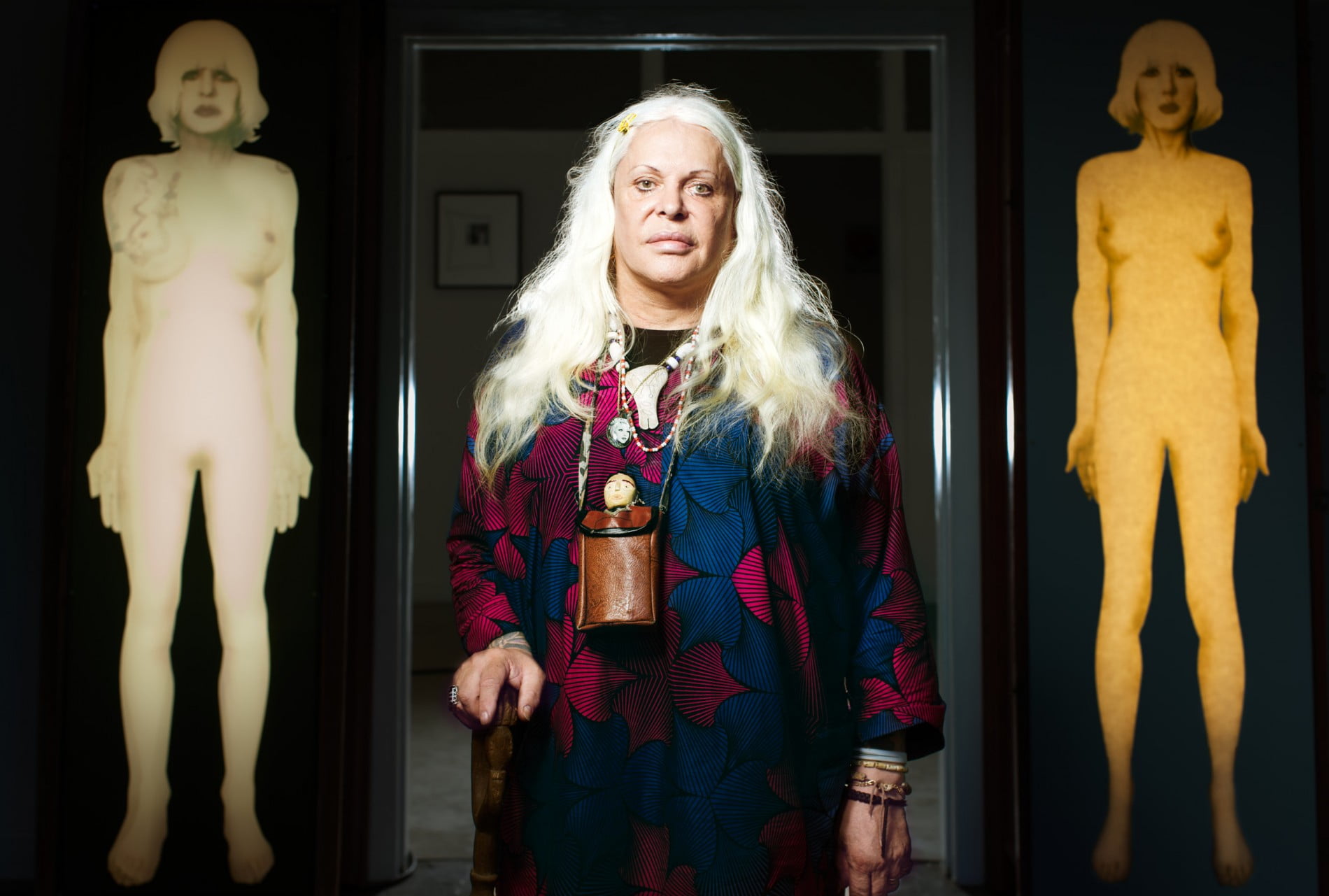 GENESIS P-ORRIDGE - I had been listening to Throbbing Gristle since a well spent youth but, unlike meeting Michael Nyman, I was not starstruck by Genesis P-Orridge, as they were such a lovely person. We sat and enjoyed some gin and tonics and made this image as a reflection of their Pandrogyne Project, the amalgam of Genesis and Lady Jane. 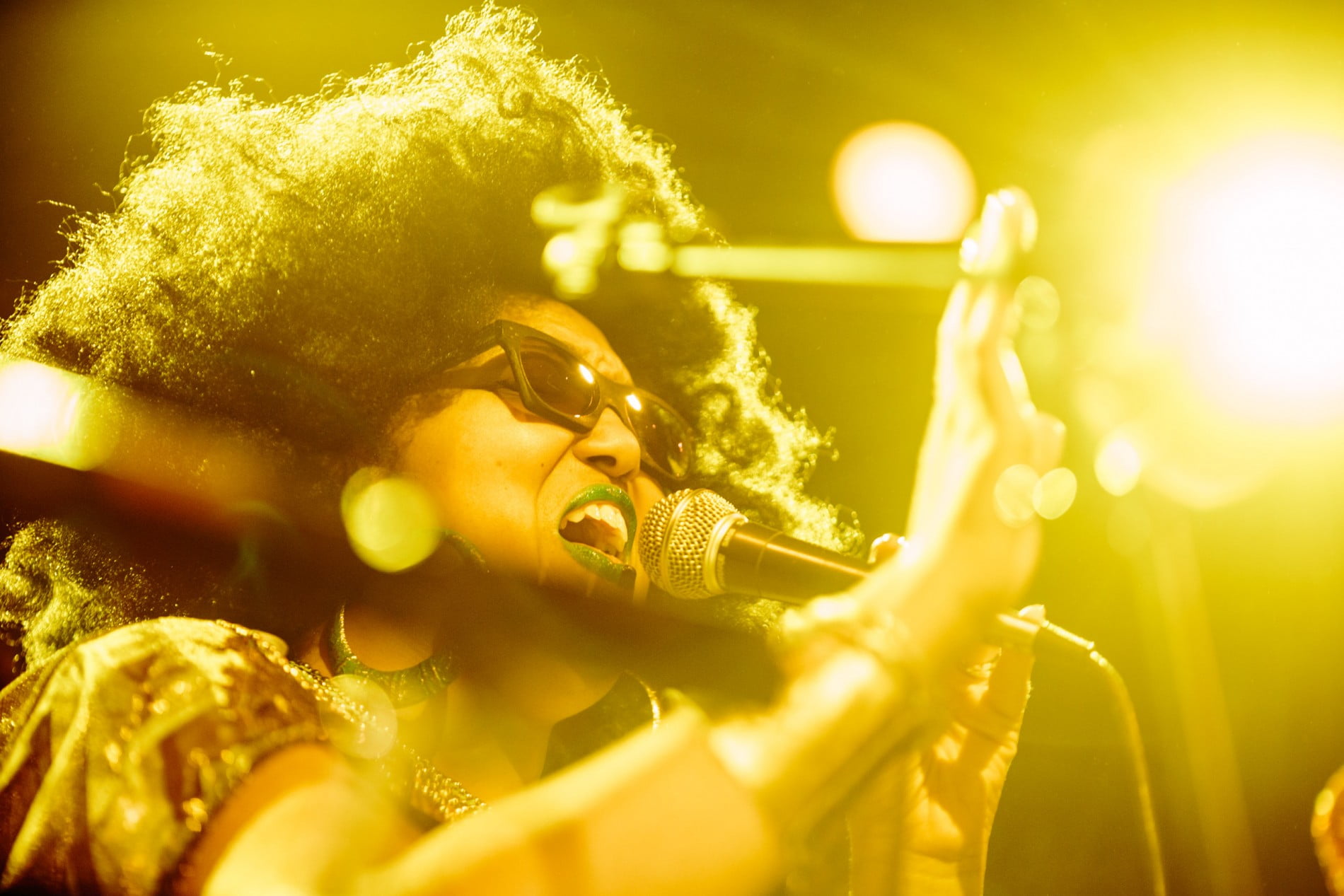 TARA MIDDLETON IN THE SUN RA ARKESTRA - I wish I had actually met these guys. This photo was taken when the Sun Ra Arkestra performed in Summerhall's Dissection Room. 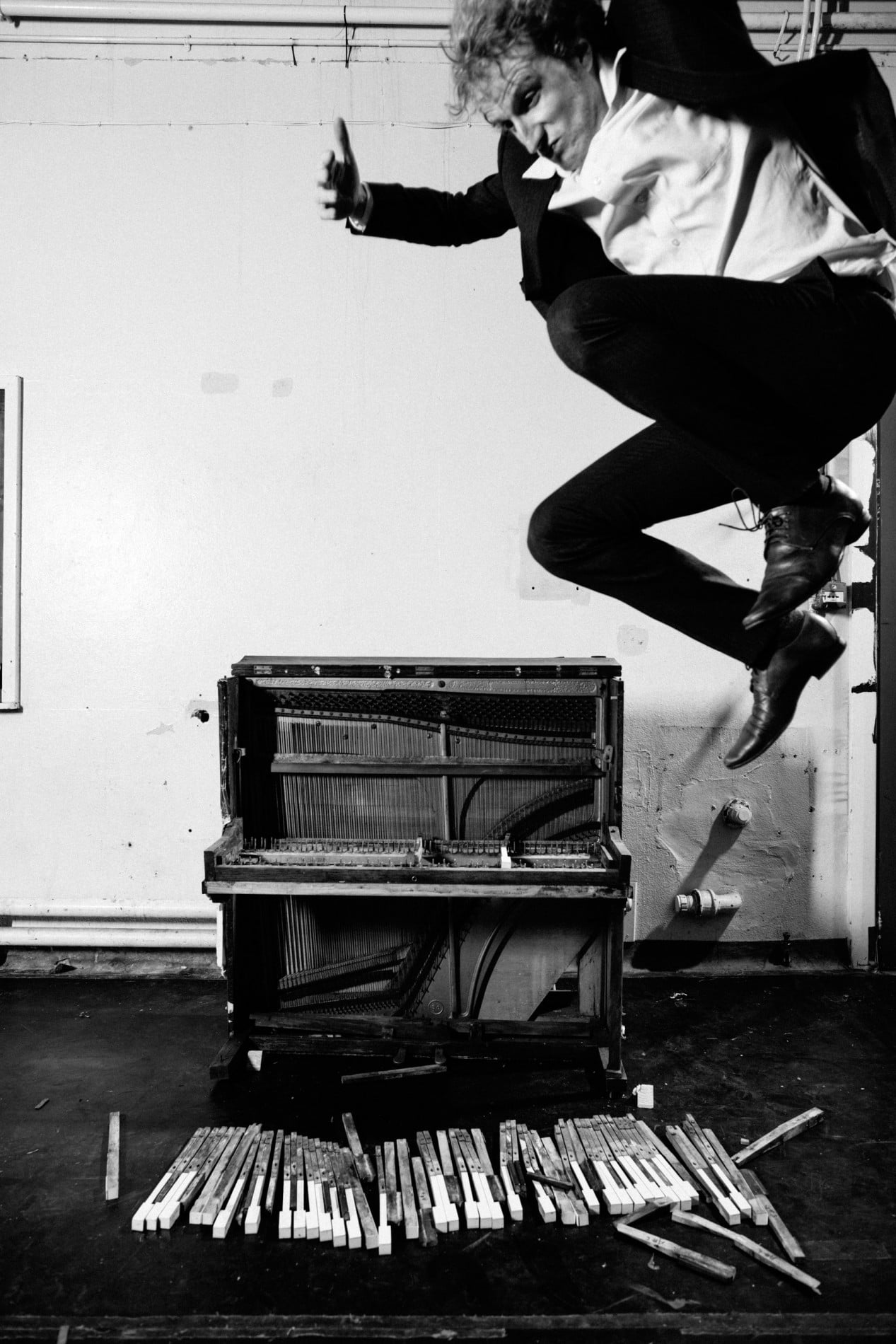 WILL PICKVANCE - Fellow resident and co-conspirator on several photographic collaborations, Will Pickvance is an amazing performer and musician. When he asked me to shoot some more promotional images I wanted to get away from the nice image he had and make something a little more rock and roll. We only had half an hour to shoot these, so I made him jump about like a crazy fool. The next day he complained of the workout I put him through. 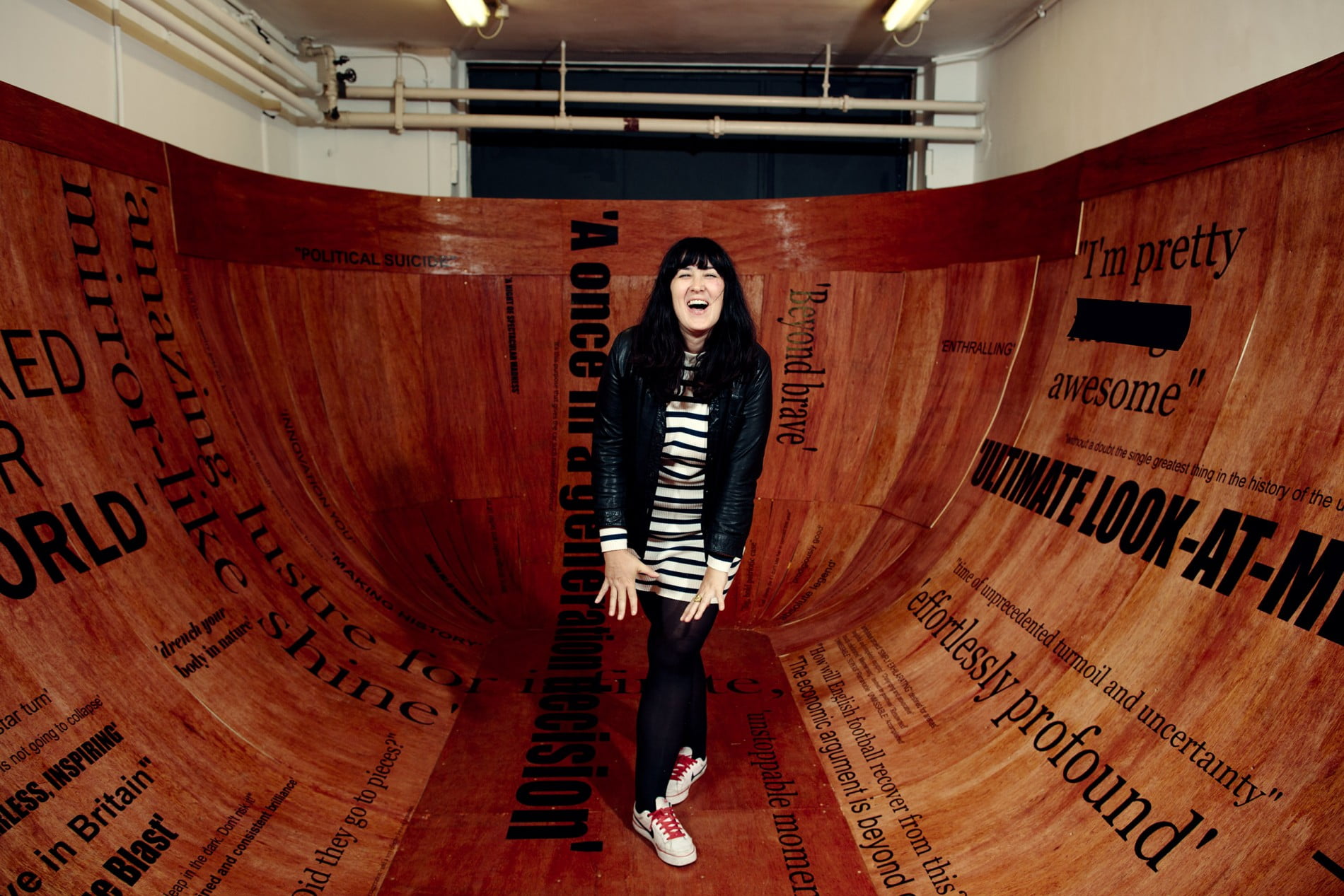 TAMSYN CHALLENGER - Shot in her Hyper Bowl installation in the basement. Obviously one that did not go to press, but still my favourite as it shows a little more personality. 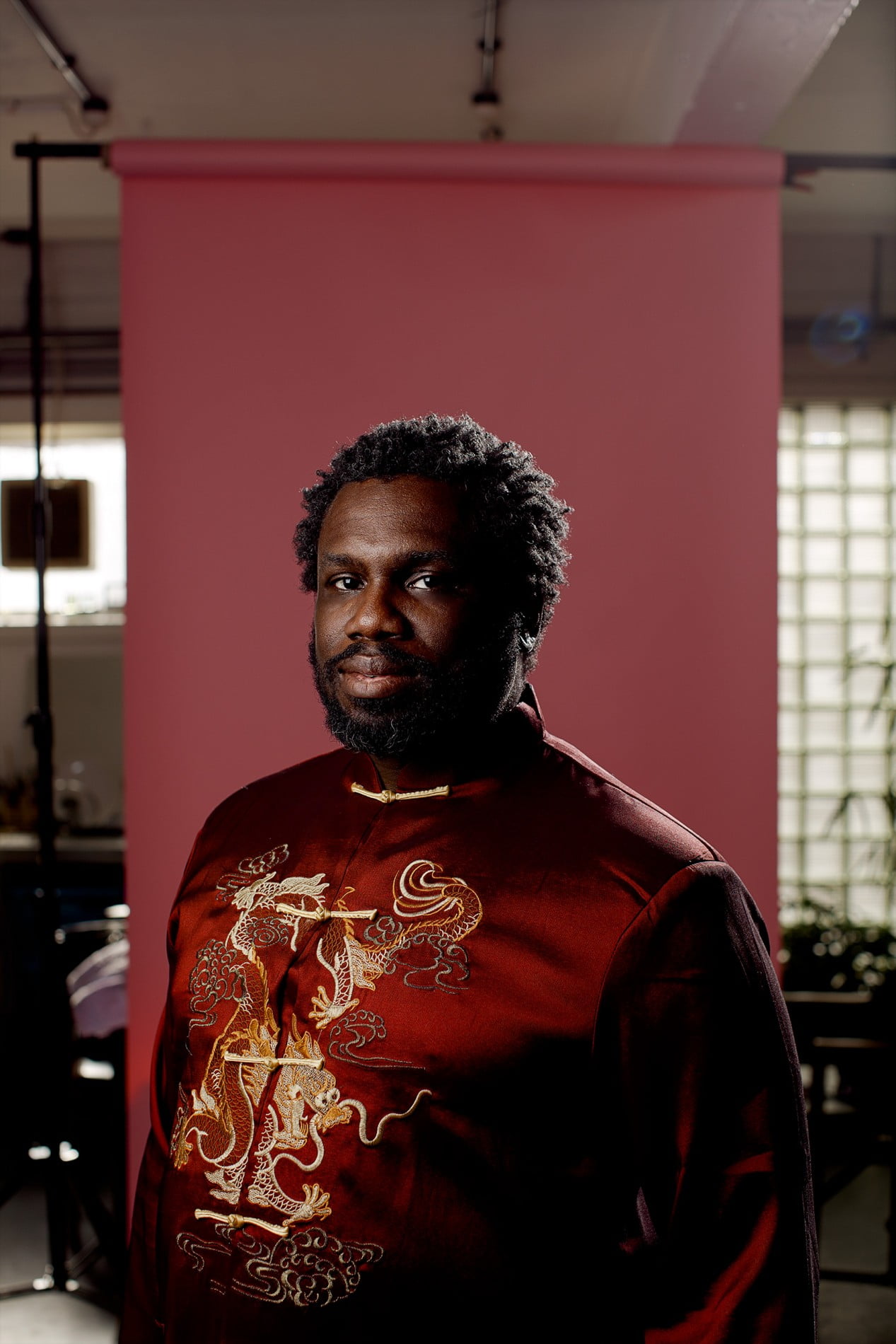 JOE CHAPPEL - Joe was singing in 'Sasquatch: The Opera' at Summerhall during the Fringe in 2017. We met in the pub and he came into the studio to have his portrait made. He had good tales of supporting Madonna and the like. Really sadly afterwards he suffered a racial attack, being knocked off his bike for the colour of his skin. It really bought to light how unprogressive Edinburgh can be. 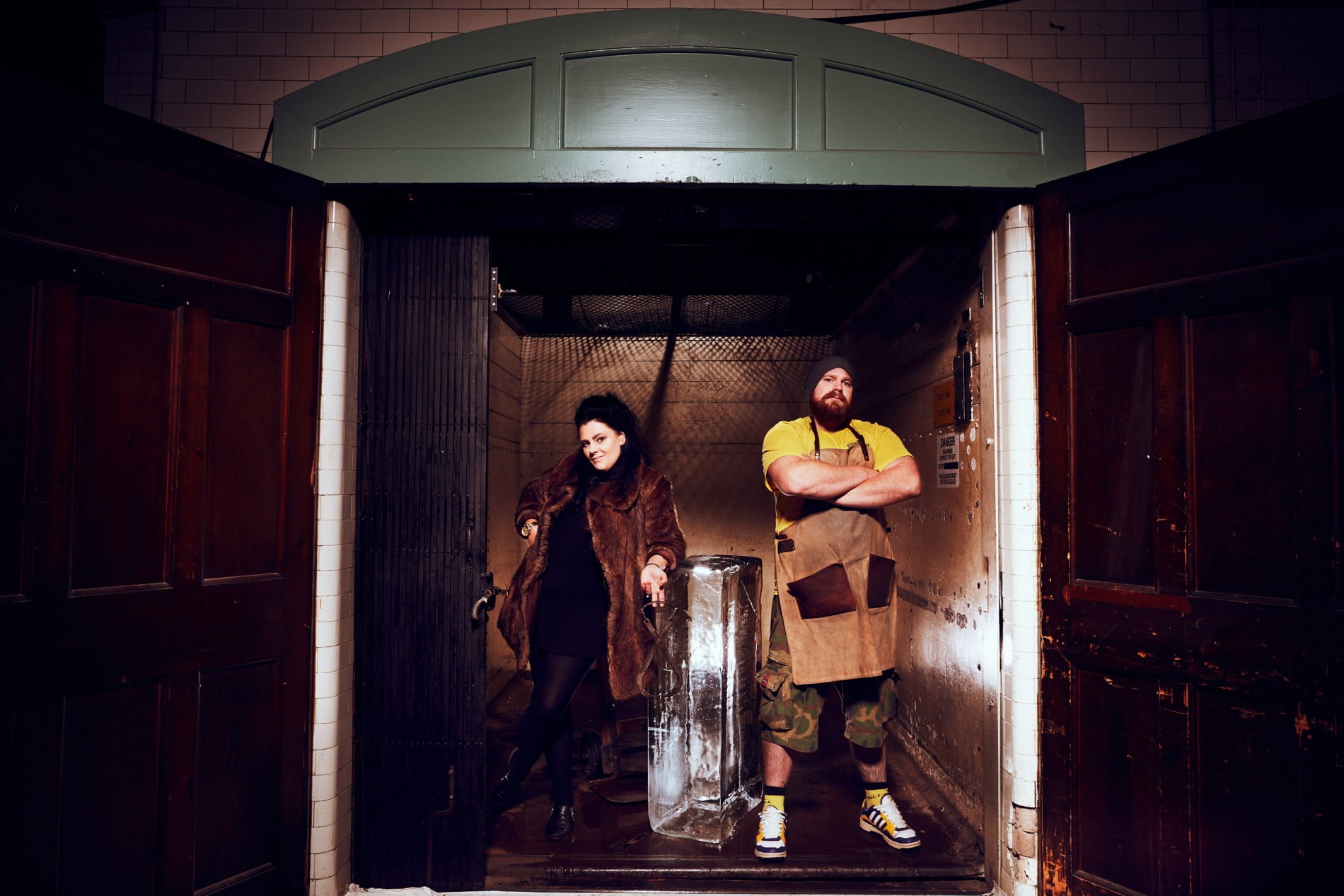 ILLANA AND RHYS - Edinburgh Ice Company asked me to shoot a series of portraits of the team. Summerhall has a plethora of locations, this being one of them. We had a laugh making these images. 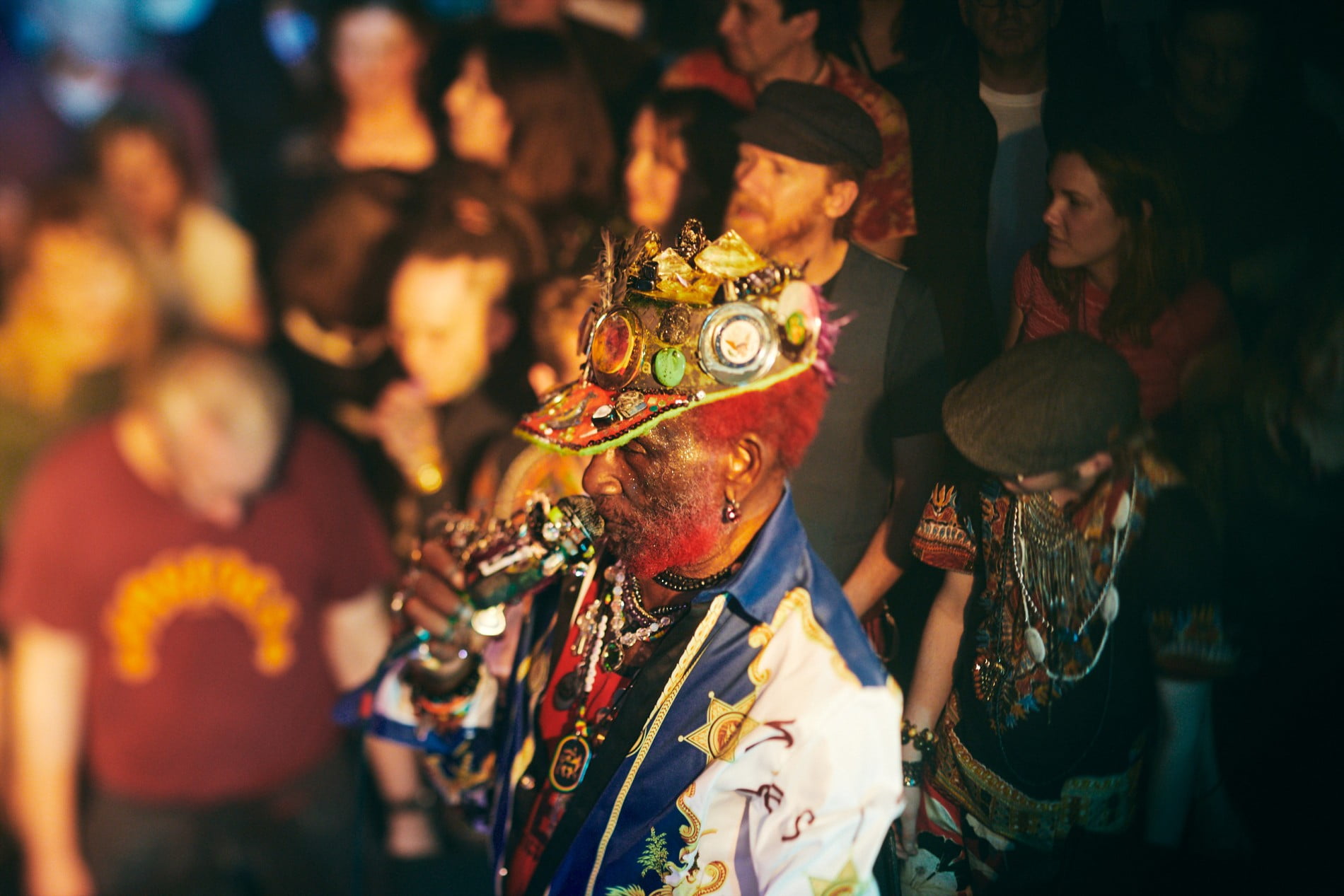 LEE SCRATCH PERRY - Another musician from my well spent youth. Sadly I didn't actually meet him, but whilst he perhaps was not at the peak of his performing life, it was amazing to watch someone about the same age as my Mum rocking the stage. 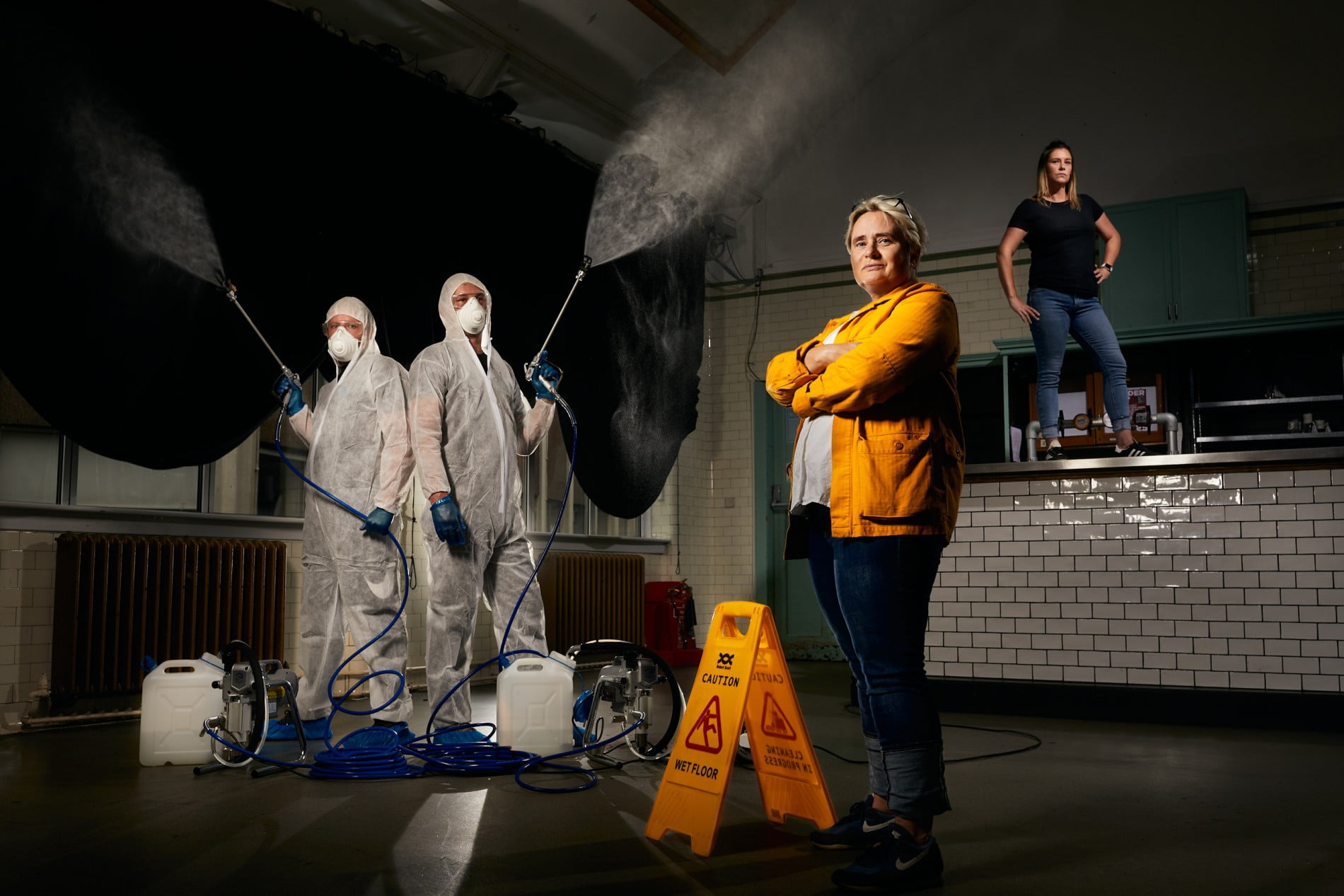 DAYBREAK COVID TEAM - During last year's lockdown, Summerhall was hub of small businesses adapting themselves to the situation, helping the wider community whilst also saving their businesses. I had to choose only one image from this time which was an impossible task, so Verity (Summerhall's Programme Manager) chose this one of Heidi and Pamela and their smaller team of cleaners with their Covid outfits on.