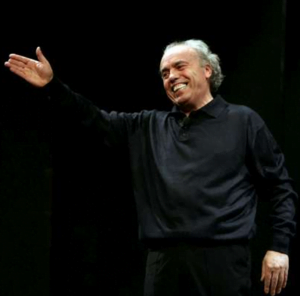 This is a rare opportunity to see Dario Fo’s monologue, performed by his close friend and leading interpreter of his work, Mario Pirovano.  Written by Fo against a background of political corruption in 1990s Italy, Francis The Holy Jester draws from historic texts and folk tales to bring to life medieval Italy in classic Commedia dell’arte style, both comic and moving.  Actor Mario Pirovano – Dario Fo’s former apprentice – performs with unique zest, playing cardinals, soldiers, farmers, traders, and the saint himself, in a virtuoso solo performance which engages directly with the audience.  ​