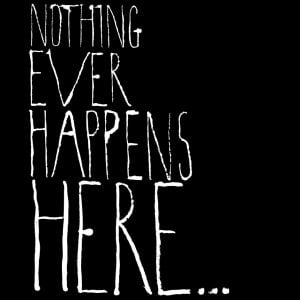 Summerhall’s Nothing Ever Happens Here series is a year-round showcase of diverse and boundary-pushing contemporary music from across the world, and this year it will once again be one of the essential platforms for live music in Edinburgh during the festival month of August. Today we’re very pleased to reveal new additions to our line-up of national and international live concerts, club nights and showcase events, with titans of the American alt.country scene Grandaddy joining the bill.

Most acclaimed for their second and third records The Sophtware Slump (2000) and Sumday (2003), the Modesto, California quintet split following their to-date final album Just Like the Fambly Cat in 2006. Since they reunited in 2012, however, rumours have become ever more concerted that a fifth album of eagerly-awaited new material is imminent. Also added to our August bill is 28-year-old Texan singer-songwriter and former member of Woods and The Babies Kevin Morby, whose off-beam alternative pop invites comparison in part to The National and Sonic Youth.

Finally, our selection of late-night club parties offers a refreshingly different take on a festival night out. Dates confirmed include the out-there celebration of German kosmische sounds (with added Italo and disco on the side) Cosmic Disco Nights, in association with Braw Gigs; a cross-genre selection of indie, soul, rock ‘n’ roll and punk with GrownUps; and the return once more of our popular conceptual art party Rhythm Machine.