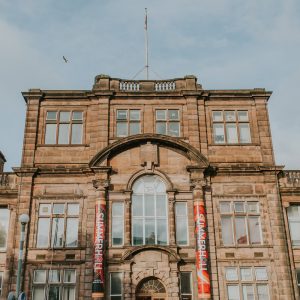 In the Independent, Lyn Gardner presents her guide for what to see, including our shows:
Fallen Fruit, After the Cuts, A Fortunate Man, Big Aftermath of a Small Disclosure, Status, The Midnight Soup, Duckie, Erewhon, Flight, Extinguished Things, Notorious Strumpet and Dangerous Girl, Blackout, De Fuut, Unsung, Another One, Island Town, Sticks and Stones. All We Ever Wanted Was Everything, One Life Stand, Square Go, Drip, Daughter, Famous Puppet Death Scenes, Baby Face, The Ballad of the Apathetic Son and his Narcissistic Mother.

On What’s on Stage, Alex Wood presents his ten shows to catch before they go to the Edinburgh Fringe, including A Fortunate Man and Paines Plough’s Roundabout season.

The writers of Exeunt present their Edinburgh Fringe Tips, including The Sauna, Katie & Pip, Achilles and A Generous Lover.

Bechdel Theatre have been Bechdel testing the Fringe programme, including One Life Stand.

Top critics from The Stage present their top picks, including: Blackout, One Life Stand, Everything Not Saved, Sticks and Stones, Island Town and My Kind of Michael.

The List present the best of the Southside, including Summerhall shows Pussy Riot: Riot Days, The Flop, Love Song to Lavender Menace and Cock, Cock… Who’s There?

Go London’s Jessie Thompson picks out 10 of the Fringe’s quirkiest shows, including The Egg is a Lonely Hunter.

Brian Ferguson of The Scotsman picks his highlights of the Fringe programme, including Free the Pussy!

Matt Trueman of What’s On Stage lists his top picks, including Island Town, Nele Needs a Holiday: The Musical, Fallen Fruit and Our Country.

Andrzej Lukowski of Time Out London picks 14 shows they can’t wait to see, including After the Cuts, Duckie, Extinguished Things, Status and Sticks and Stones.

Sarah Crompton of What’s On Stage gives her top picks, including Island Town.