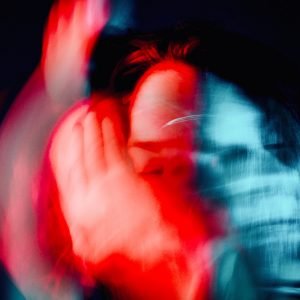 Year-round cultural hub Summerhall has launched its 10th Summerhall Festival Programme running 6-29 August 2021. After the challenges of 2020-21, the programme spans online and in-person performances and sees Summerhall bounce back with its trademark mix of avant-garde, new and vital work.

Summerhall has been awarded £166,780 from the Scottish Government and City of Edinburgh Council to help fund outdoor events and support the safe return of live events at this year’s Edinburgh Fringe. Tickets are on sale from today, and all live performances will take place in the specially built Secret Courtyard – an open air, covered, covid safe venue in Summerhall’s back courtyard, providing audiences with a safe, comfortable space in which to rediscover the power and joy of live performance.

As ever, Summerhall’s Fringe programme connects artists and audiences internationally.  Presenting work online enables the venue to maintain its connections with international programmes such as the Taiwan Season and From Start to Finnish.  This year also sees a rich programme of live and on-demand online work from some of the UK’s most exciting performance makers including; newcomer mandla rae with as british as a watermelon, previously shown as part of Queer Contact 2021; 2019 Scotsman Fringe First Award winner Eva O’Connor presenting Fringe favourite MUSTARD and new piece Afloat; and Glasgow-based artist and director Mele Broomes with two acclaimed shows, Grin and Wrapped Up In This.

Eclipse Award winners Initiative DKF will share two works, Dance EP and LUDALA; Abbey Theatre & Dublin Fringe Creative Thinking Award winners SkelpieLimmer Productions present Two Fingers Up; and PrimeCut return to Summerhall with the toast of 2018’s Fringe, My Left Nut and a new digital version of East Belfast Boy.  All digital works will be available via the Summerhall website throughout the three-week festival programme, with each artist running a special live event alongside their show for one night of the festival.

Live theatre taking place in the Summerhall Secret Courtyard includes Mamoru Iriguchi’s Sex Education Xplorers (S.E.X.) – a look at sex education and its many failings, venue favourite Will Pickvance and his piano, Fringe stalwart John Hegley with Drawings of Dromedaries – a venue-appropriate set of poems about animals, Trevor Lock’s 5 star participatory comedy show Community Circle and new work We Are Each Other, the classical guitar stylings of Simon Thacker with Pashyanti On Guitar and the much-loved Swallow the Sea Caravan Theatre.

Also performing are; Edinburgh-based indie rock musician Dan Willson aka Withered Hand; Bogha-Frois – Queer Voices of Folk, a community of queer folk musicians based in Scotland and beyond; James Yorkston performing songs from his critically acclaimed new album “The Wide, Wide River” alongside choices from his extensive back catalogue; Glasgow singer-songwriter and filmmaker Carla J. Easton in the first live performance of her new album Weirdo since it was released last year; Scottish hip hop pioneers Stanley Odd; Scottish composer and producer Andrew Wasylyk; and Edinburgh-based songwriter Hamish Hawk will take to the outdoor stage for some of Edinburgh’s first live music performances in over a year.

Summerhall’s free Science Festival exhibition Syncrasy will continue throughout the Fringe and into September. Made up of three exhibitions: We Began As Part of The Body by Beverley Hood; Oscillations by Victoria Evans and E-Numbers V2.0 by Sneha Solanki, Syncrasy invites audiences to experience music made by the tide, smell the food additives that now form such a large part of our diets and get up close and personal with scaled-up models of human skin cells.

Summerhall General Manager Rowan Campbell said: “After such a long time without live theatre and music at Summerhall, we are over the moon to be hosting such a strong programme that both puts Scottish artists centre stage and maintains our connections with artists and audiences across the world.”

“We’ll be welcoming newcomers and old favourites alike in a programme with that classic Summerhall mix of groundbreaking, quirky, crowd pleasing and radical work. We can’t wait to share this first step back into the joy of Fringe with Summerhall audiences.”

Donald Wilson, Culture and Communities Convener at City of Edinburgh Council said: “We are proud to support Summerhall’s Fringe Programme and delighted that their 10th festival can go ahead. It’s a fantastic programme where audiences can share in live performance experiences again alongside the on-demand online offering.

“Public safety of course remains a priority, and we continue to be impressed by the resourcefulness and resilience displayed throughout the crisis to date by the sector.  Through this funding we aim to further support the city’s Fringe 2021. The value to this city’s economy and the wellbeing of our citizens cannot be underestimated.”

The Royal Dick, the newly refurbished Gallery Bar and Courtyard Bar will remain open throughout the Fringe, serving tipples from residents Barney’s Beer and Pickering’s Gin alongside pub food and snacks. Opening hours will remain the same throughout Fringe, with all spaces open seven days a week and closing at 10.00pm.

Tickets are on sale now! Click here to view the full programme.