A BRIEF HISTORY OF SUMMERHALL 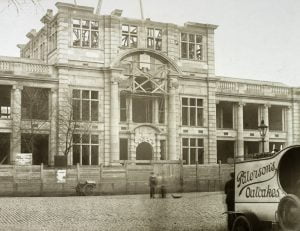 One of the first known occupants of the Summerhall site was a family run brewery first established in the 1710s. The first brewer at Summerhall was Robert McClellan. The well and stone rubble sandstone boundary wall at the northern end of the Small Animal Hospital are all that remains of the old brewery however Summerhall’s brewing heritage continues and we now have our very own microbrewery making the famous Barney’s Beer. Plus there’s Summerhall Distillery producing the award winning Pickering’s Gin, both available in Summerhall’s Royal Dick Bar.

Replacing the original row of terraced houses and shops, Summerhall’s main building and wings to the rear courtyard were purpose built for The University of Edinburgh Veterinary College between 1913-1925. On July 21st 1914 a memorial stone and time capsule were laid underneath the grand entrance steps, (can you guess which stone it is?). The sandstone mason work around the front door was originally intended as decorative carving. Work ceased on the outbreak of the First World War as young men volunteered to join the armed services and there was a shortage of building labour. One of our most beautifully preserved rooms is the Anatomy Lecture Theatre with its wooden, curved, tiered seating and vaulted sky light. It is the last surviving example of this type of lecture theatre at veterinary colleges in the United Kingdom. 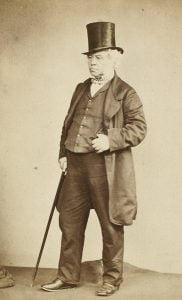 Where the Tech Cube now stands, at the corner of Summerhall and Hope Park Terrace, was originally occupied by the Hope Park United Presbyterian Church designed by legendary Edinburgh architects Peddie and Mackay and opened for worship in September 1867 complete with landmark church spire, which could be viewed for miles around. Our Hope Park Church Galleries too originally had a religious purpose being the former Hope Park and Buccleuch Congregational Church, built in 1876 and designed to seat 730 worshippers.

From 1916 until 2011 The Royal (Dick) School of Veterinary Studies, affectionately known to all as the Dick Vet, was located at Summerhall. The School was founded by William Dick in 1823 and moved here from Clyde Street in north Edinburgh. The building then boasted the College’s iconic sculpture of a recumbent horse, understood to have been carved by A. Wallace.

When The Royal (Dick) School of Veterinary Studies relocated to a new campus, at Easter Bush seven miles south of the city of Edinburgh, the intriguing space that Summerhall occupies faced an uncertain future. In January 2011 it was acquired by the McDowell family and is now being cultivated as a hub for the arts and all things creative.