A Rainbow in Curved Air: A Philosophical Consideration of Music and Space 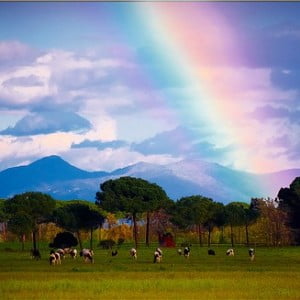 While most Western music is based on a limited selection of sounds within this continuum, music theory, the work of many modern composers of instrumental, electronic and microtonal music, as well as the traditions of Arabic, Indian and Indonesian music, all indicate that musical space is capable of being striated (divided up) in a great variety of ways. The talk will consider the possibility and actuality of smooth and striated spaces in relation to a range of music but also as the embodiment of two modes of contemporary thought.

Dr Edward Campbell lectures in music at the University of Aberdeen. His interests and expertise are in 20th century music theory and the interrelation of music, philosophy, theology, literature and visual art. His ability to capture a variety of audiences has led to him being invited on numerous occasions to give lectures as part of the Edinburgh International Festival.