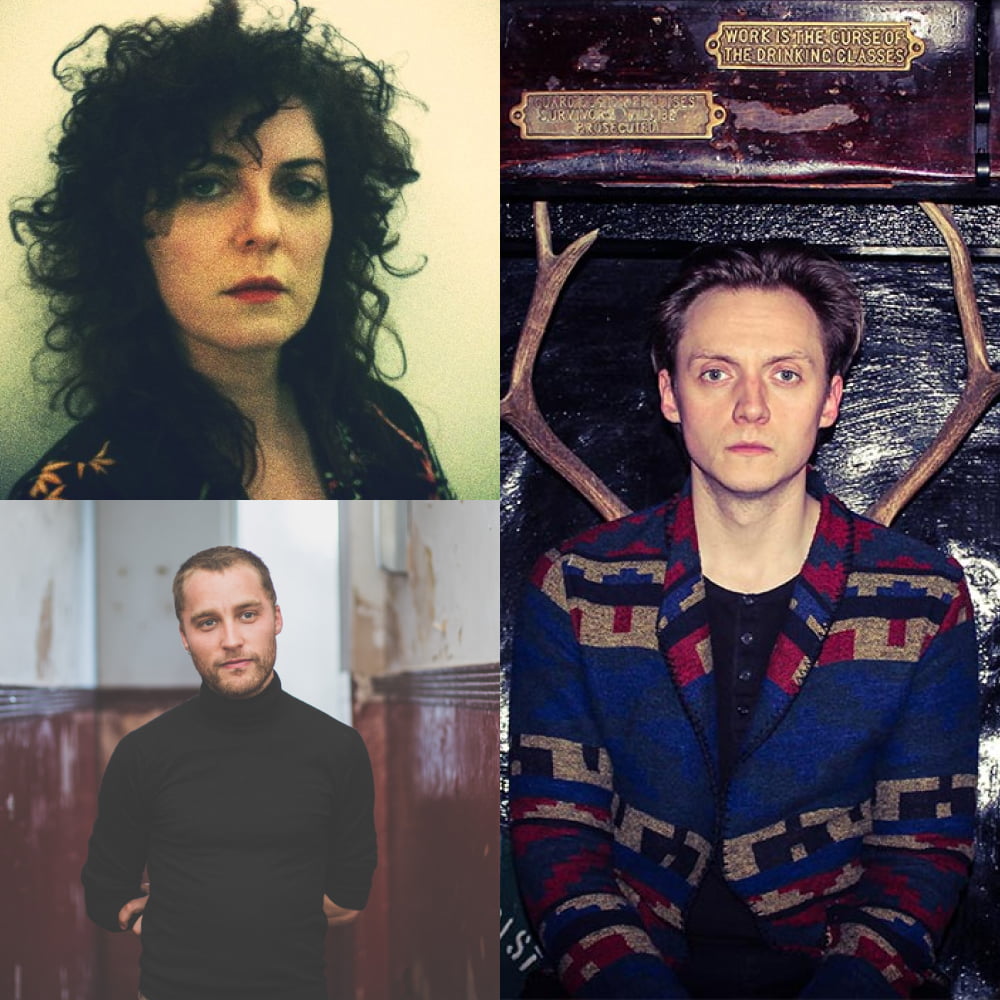 "a gentler soul with a direct eloquence to his music"
The Scotsman (on Hamish Hawk)
"digs deep into the soul and finds it a place of calm comfort"
Folk Radio UK (on Adam Holmes)
This event has been postponed - a new date will be confirmed ASAP.
_ Price: £14
_ Age Group: 16+ (under 18s accompanied)
_ Venue: The Dissection Room
Tickets

All Work Together is Summerhall’s new series of Songwriters circles, highlighting some of the best of Scottish music’s established and up and coming songwriting talents.

All artist will perform onstage together, taking turns to highlight the stylistic ticks and rhythms that make each such a unique presence in Scotland’s musical landscape. An unmissable series of nights.

A charismatic figure at the forefront of Scottish indie-pop, Hamish Hawk is an Edinburgh-based songwriter and frontman of the New Outfit. Deft lyricism, irresistible melodies, and an emotional range that sets him apart from his contemporaries, Hawk shapeshifts effortlessly from pop songster to lilting crooner; from masterful storyteller to wild-eyed lunatic and back again, often within the confines of a single song.

Emily Scott is a singer-songwriter and double bassist based in Glasgow. She writes odd-ball compositions and makes other people play them. These days she can be spotted working with chamber-pop outfit the Fell Down trio: Kate Miguda (violin), Rik Evans (viola) and Pete Harvey (cello).

Emily teaches in the Sistema Scotland programme, and has played double bass for various artists including Marry Waterson and Oliver Knight, Rob St John and Benni Hemm Hemm. She spends a bit of time tinkering at composition in a cupboard.

With his band The Embers he combines the songwriting influences of artists such as John Martyn, Bon Iver, James Taylor and Townes Van Zandt with the rhythm and blues, country and folk music textures of The Band, Neil Young and Ryan Adams and The Cardinals to play his own unique brand of Americana, with a hint of Scotland.