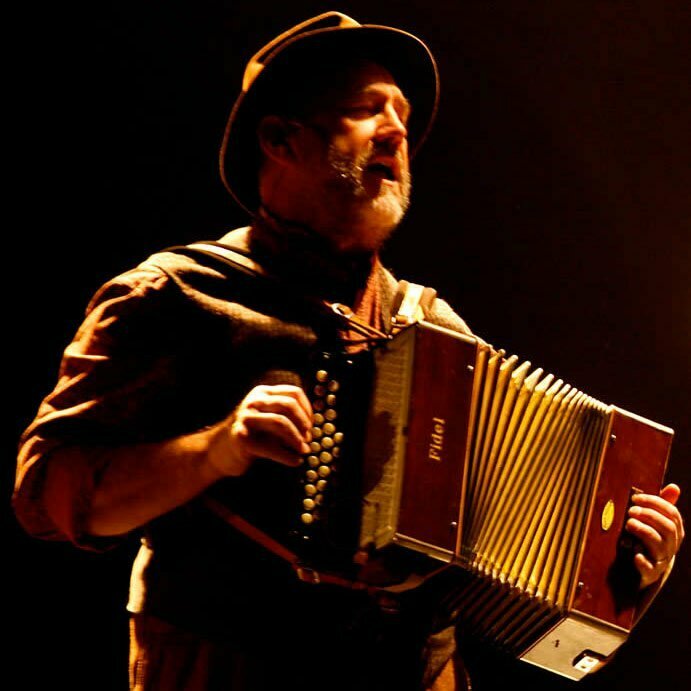 "Surely one of the great voices of the whole of the Folk Revival…"
John Muirhead - LIVING TRADITION
"As soon as I heard Bob Fox sing I  realised that he must have one of the best voices in England. I have always regarded him as an artiste of great integrity and ability"
Ralph McTell
_ Price: £12 / £10 (conc) / £8 (EFC members)
_ Venue: Library Gallery
Tickets

One of Britain’s most respected and internationally acclaimed performers Bob has twice been nominated as Folk Singer of the Year at the BBC Radio 2 Folk Awards and was invited to sing and play at Celtic Connections as part of a performance of the 2006 Radio Ballads.

Bob was ‘The Songman’ in the Hit-Musical ‘War Horse’ – two lengthy stints in London’s West End, and on tour nationwide. But now he is back on the folk circuit – solo and with the Pitmen’s Poets – with Billy Mitchell, Benny Graham and Jez Lowe.

Anthony Ashbolt described Bob Fox as “possessing one of the best folk-singing voices in England, and he evokes the world of the miners and, in general, the songs of the northeast, with power and clarity.”