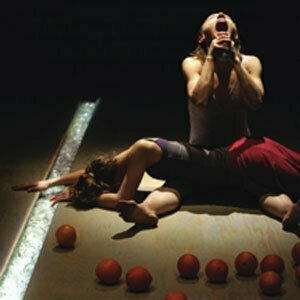 A performance about suicidal compulsion and the involuntary force that pulls us back from the brink. The musical structure was developed from a base of polyphonic Corsican songs, into which Bulgarian, Romanian, Icelandic and Chechen songs have been woven – discovering with intensity with each and every drop of sound.

The re-worked version of Caesarean Section. Essays on Suicide premiered in Wroclaw in March 2011.

“Powered by the Adam Mickiewicz Institute, as part of Polska Arts programme.”

Special Offer: Buy a ticket for both ‘Remember Me’ and ‘Caesarian Section – Essays on Suicide’ and pay concession price for both shows.