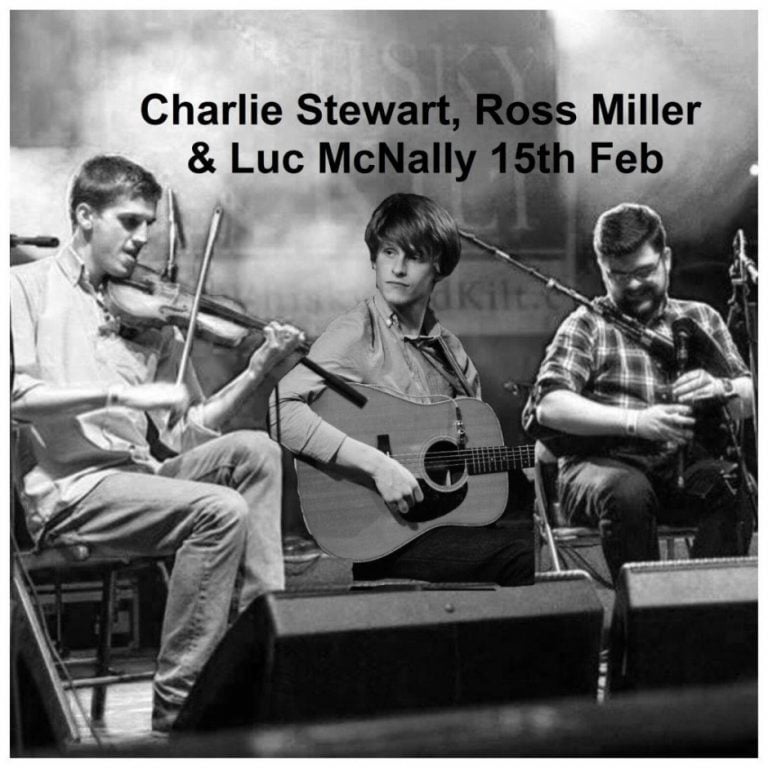 Aye, the best laid plans o’ mice and men…the show on February 15 (Calum Stewart & Heikki Bourgault) has been cancelled. This gig was to have been part of an album launch tour but the album has been delayed, ergo no album launch and no tour either!

However, dear loyal EFC members et al, panic not! Active flurrying by Paddy has got a you a terrific replacement gig.

Charlie Stewart won the recent BBC Scotland Young Traditional Musician of the Year competition held at Celtic Connections. While in 2016, and also at CC, Charlie and Ross won a coveted Danny Kyle award – marking cards for the future, one might say.

Have a look at Charlie’s and Ross’ website (link above) to get the full take on these two extremely talented and in-demand young Scottish folk musicians. Impressive reading!

Although Charlie and Ross usually play as a duo, on special occasions they’re joined by guitarist and singer Luc McNally – no mean talent himself as you’ll know if you’ve seen him at work previously (often with Eddie Seaman).