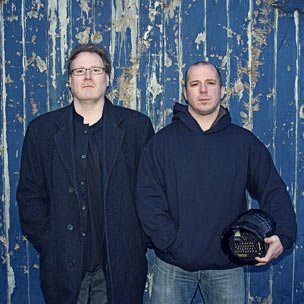 Two of the finest exponents of Traditional Song in the United Kingdom; it is difficult to accept that these relatively young men, have a combined 40+ years experience of performing at folk venues.

Raised in Norfolk and heavily influenced by such earlier Norfolk singers as Walter Pardon and Peter Bellamy, Damien is a stylish and distinctive singer, either unaccompanied or using guitar or concertina. Though he has lived for a long time in West Yorkshire he retains a strong East Anglian identity.

Mike Wilson is the youngest member of the Wilson Family, the powerful Teesside singing siblings who have raised the rafters at many a festival or folk club event. His musical heritage is emphatically that of the North East – rural and industrial folk song both traditional and modern.

Damien and Mike have a rich shared repertoire of traditional songs plus the work of modern folk writers such as Bellamy, Ewan MacColl and Mike Waterson.