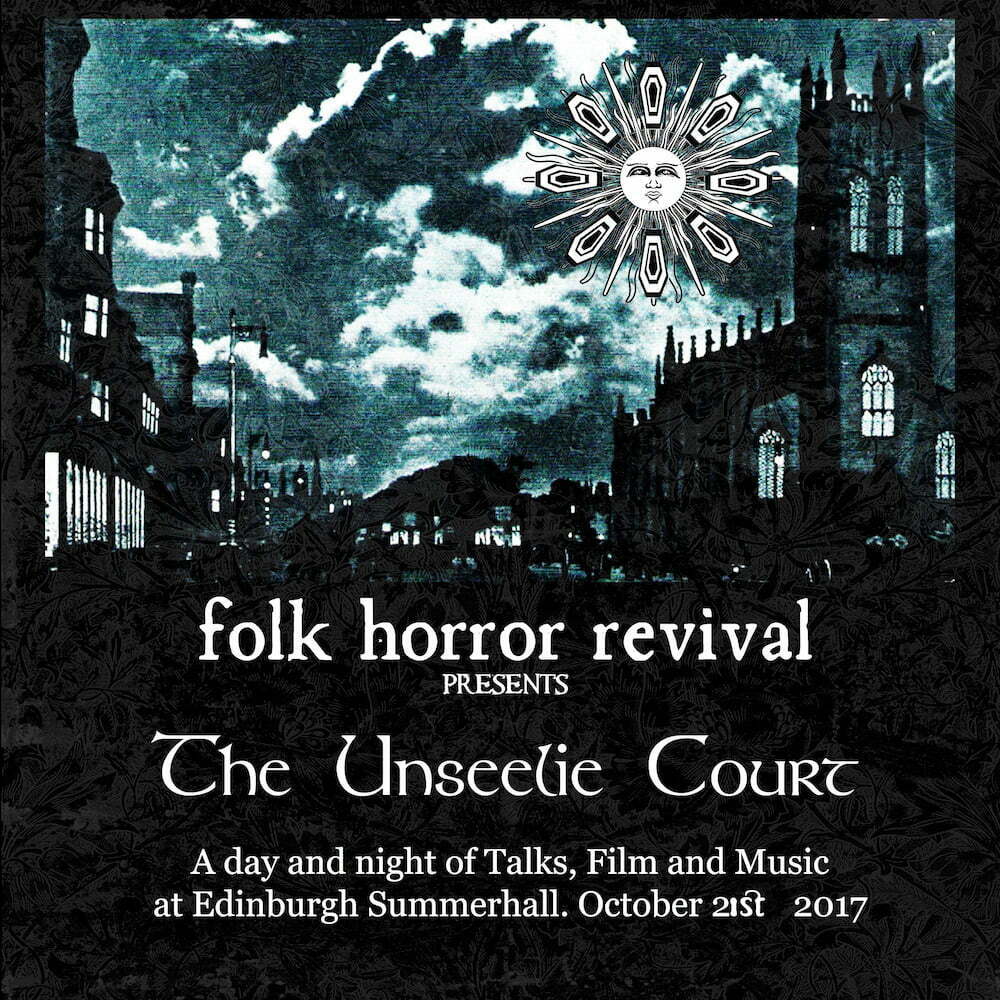 "What is Folk Horror?’ one may as well attempt to build a box the exact shape of mist; for like the mist, Folk Horror is atmospheric and sinuous. It can creep from and into different territories yet leave no universal defining mark of its exact form"
Andy Paciorek
_ Price: £15 per event / Buy tickets for both events and get £5 off!
_ Age Group: PG
_ Venue: Main Hall

Cult television programmes and films of the 1960s and 70s are inspiring a new generation of poets, writers, artists and musicians with their atmospheric themes of contemporary individuals interacting with a uniquely British world of ancient mythology and magic, often uncanny and unsettling.
These special events will feature talks, film screenings and performances to explore themes of cultural rituals, earth mysteries, psychogeography and folklore. Come along and prepare to be scared!
Named after an uncanny host of supernatural beings in Scottish folklore,The Unseelie Court comprises of two events- a day event largely focussed on talks and a night event focussed on music. A separate ticket will be required for each event, with a discount for those attending both.
This is a follow up to last year’s sold out Otherworldly event at the British Museum.

Folklore Tapes
Open-ended research project exploring the vernacular arcana of Great Britain and beyond; traversing the myths, mysteries, magic and strange phenomena of the old counties via abstracted musical reinterpretation and experimental visuals.

The Psychogeographical Commission
Explore the many interfaces between the built environment and the people who inhabit it through dérive, magick and sonic experimentation