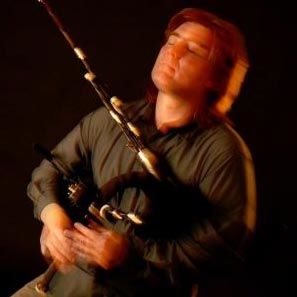 Fred Morrison was born and raised near Glasgow, but it’s the celebrated Gaelic piping tradition of his father’s native South Uist, in the outer Hebrides, that forms the bedrock of his intensely expressive, uniquely adventurous style. His outstanding technical prowess saw him winning many top competition prizes while still at school, meanwhile being inspired by pioneering acts like the Bothy Band and the Tannahill Weavers. Although his first-love instrument remains the great Highland bagpipes, over the years his mastery has expanded to encompass whistles, Scottish smallpipes, or reelpipes – Morrison being a pivotal populariser of this once-rare variety – and Irish uilleann pipes. He was also one of the first Scottish artists to forge dynamic links with his Celtic cousins in Brittany and north-west Spain, adding further to his repertoire of influences and tunes, and has long been renowned as an outstanding tune composer.