A night of spoken word and musical marvels!
22.00 (til late) 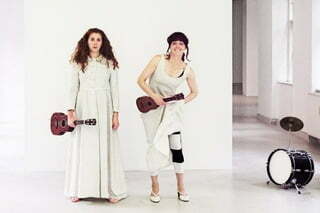 As part of their 2012 Minifest, Inky Fingers brings a showcase of the best in UK spoken word to the Festival Club. With top poets and performers alongside fantastic musical acts, it’s a night of words and wonders.

A Dadaist music show combining a series of songs, stories and awkward choreographies. Exploring an odd mix of everyday situations such as playing in the park, youth suicide, friendship and animal love, TRAMP is concurrently an adventure of the fragile, raw, beautiful and ironic.

WHAT’S HE BUILDING IN THERE?

A wonderfully absurd, dark-comedy about a carpenter who is having an affair… with a chair. This Lynchian nightmare is accompanied by a live, original score.

Scottish memoirist, poet, and fiction writer. She graduated with distinction from Glasgow University’s Creative Writing MPhil in 2004, two years after the publication of her autobiography, ‘Cracked’. It has taken her a decade, but she has finally completed her first novel. She is now co-writing a screen play.

Writer, performer and artist. Actively involved nationally in disability arts, he was shortlisted for a dadafest disability arts award 2009. His plays are performed widely, his thirty poetry films have received many screenings worldwide, as well as at Tate Modern and National Film Theatre Studio, and he has had three spoken word CDs released, most recently “speaksong” with Gareth Mitchell.

Plus music from CHRISTOS FANARAS