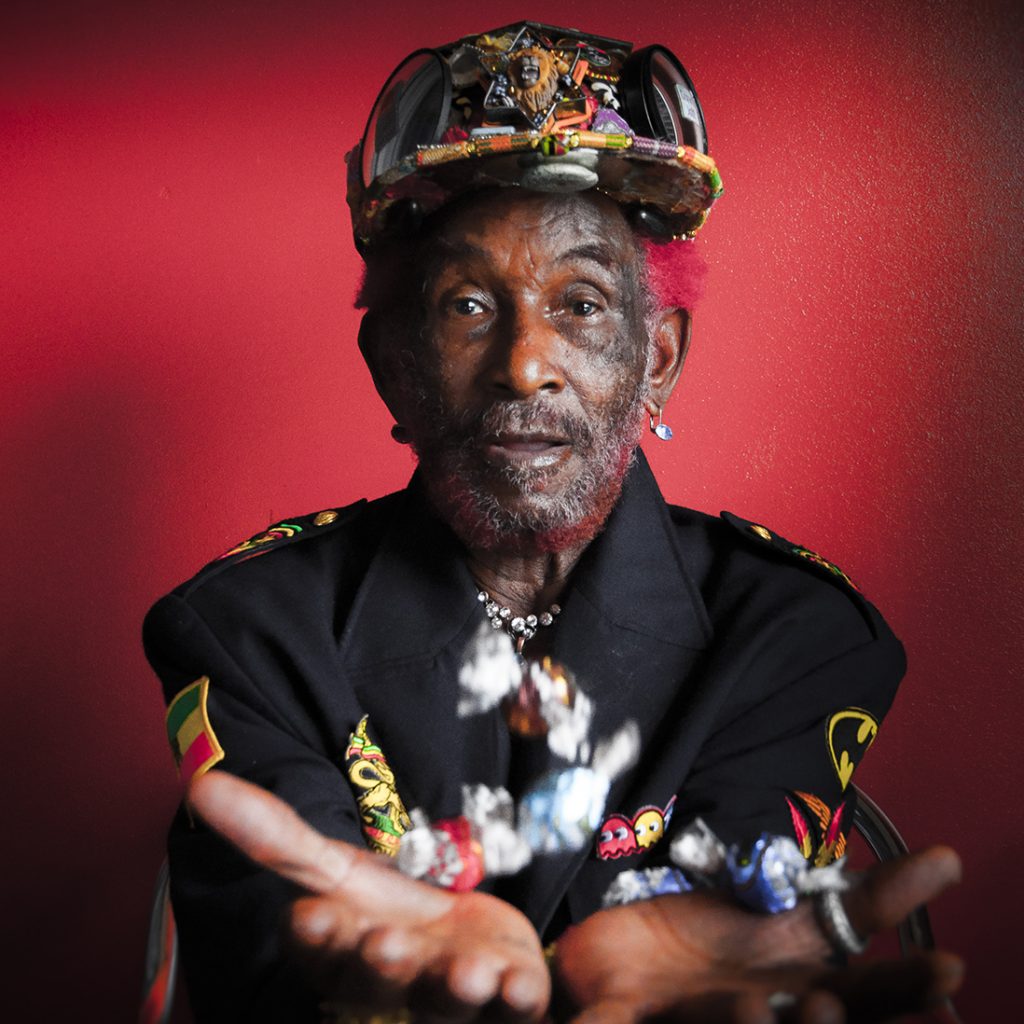 Regarded with awe throughout the music world, Lee “Scratch” Perry holds status as one of the most enduring and original reggae producers and artists of all time. From his early days in the 1960’s as a singer and engineer for Coxsone Dodd’s Studio One in Kingston, through his production of the seminal Wailers’ classics African Herbsman and Soul Revolution, Perry’s innovative style marks him as one of reggae’s original treasures. His on the edge creative genius remains evident in his own solo albums of the 1970’s through his steady stream of mind-boggling releases of the 1980’s.

One of reggae’s undisputed pioneers, Lee “the Upsetter” Perry has worked with almost everyone from the Heptones to the Skatalites to the Clash. Certainly one of his most notable contributions was the pairing of Bob Marley, to Peter Tosh, and Bunny Wailer with the Barnet Brothers (Carley and “Familyman” who had been the heart of the Perry’s group, the Upsetters) and thus the forming of the Bob Marley and the Wailers.

Always one to follow the beat of his own drummers, the eccentric genius Perry continues to break new ground with the hardest rebel Rasta tunes and the most unpredictable instrumental dubs. Lee Perry has most recently been touring Europe, riveting both old and new fans with a full measure of his blessings.

The “Upsetter” charges forward making music that recalls African roots, at the same time, it reaches for the vastness of the outer space.

Lee is perhaps the only 80 + year old that can dance on one leg for 1 hour straight!