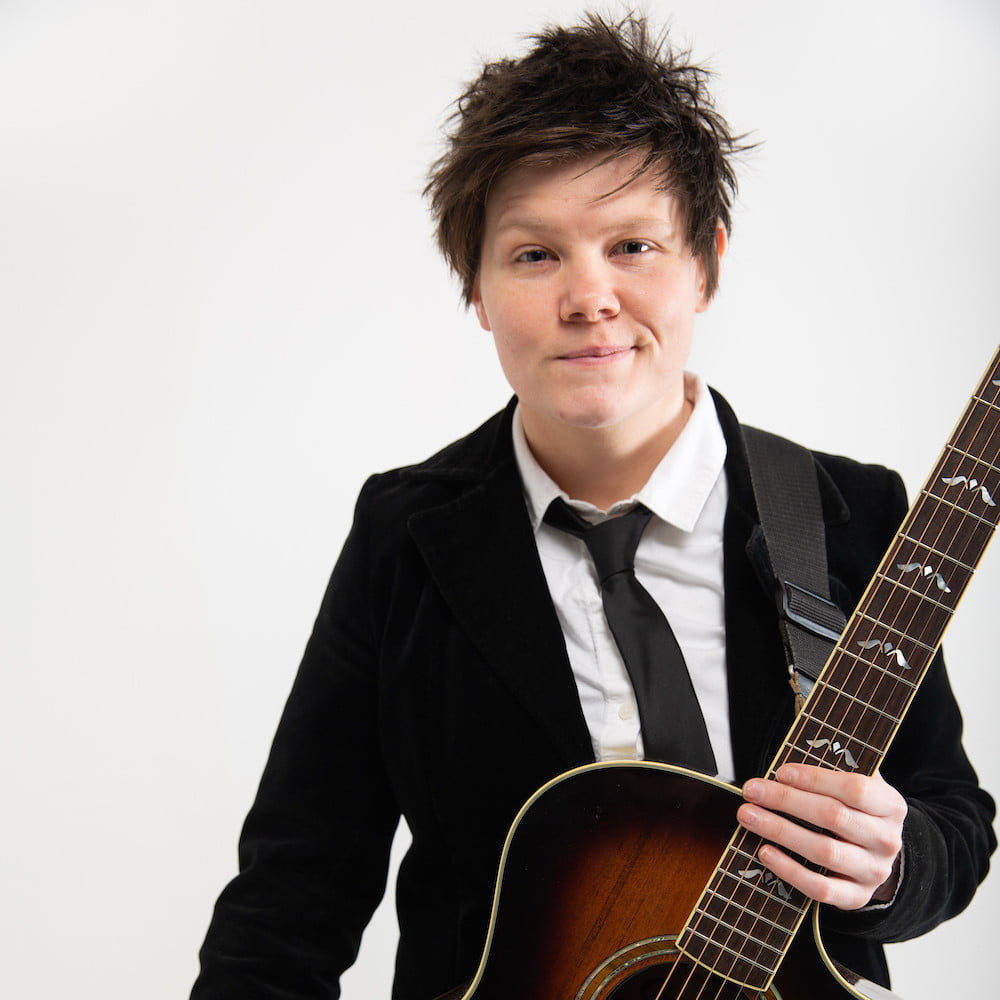 Credit: David Wilson Clarke
"Queer As Folk may well turn out to be one of my albums of the year"
Folking.com
"She offers hope and solidarity, born out of absolute conviction and with no trace of empty sloganeering….this wake-up call is one to be both welcomed and wholeheartedly embraced"
fRoots
"She’s the urgent, pulsing, compassionate talent this world desperately needs"
Deborah Frances-White - The Observer
unreserved seating.
_ Price: £12
_ Age Group: 16+ (under 18s accompanied)
_ Venue: Main Hall
Tickets

Grace Petrie is a  folk singer, songwriter and activist from Leicester, UK, she has been writing, recording and touring relentlessly ever since. Her unique takes on life, love and politics, and the warmth and wit with which they are delivered, have won over audiences everywhere, across the alternative, folk, political and comedy scenes

She has racked up tour supports with Emmy the Great and Billy Bragg, and has also made her mark in the comedy scene supporting comedians Robin Ince and Josie Long. She’s appeared at Glastonbury four time at the invitation of Billy Bragg, as well as an eclectic genre-crossing mix of festivals Latitude, Musicport, Blissfields, Shrewsbury Folk Festival, Greenbelt and more including of course Cambridge Folk Festival. She has collaborated with some of the most respected names in folk, including Leon Rosselson, Roy Bailey and Peggy Seeger.