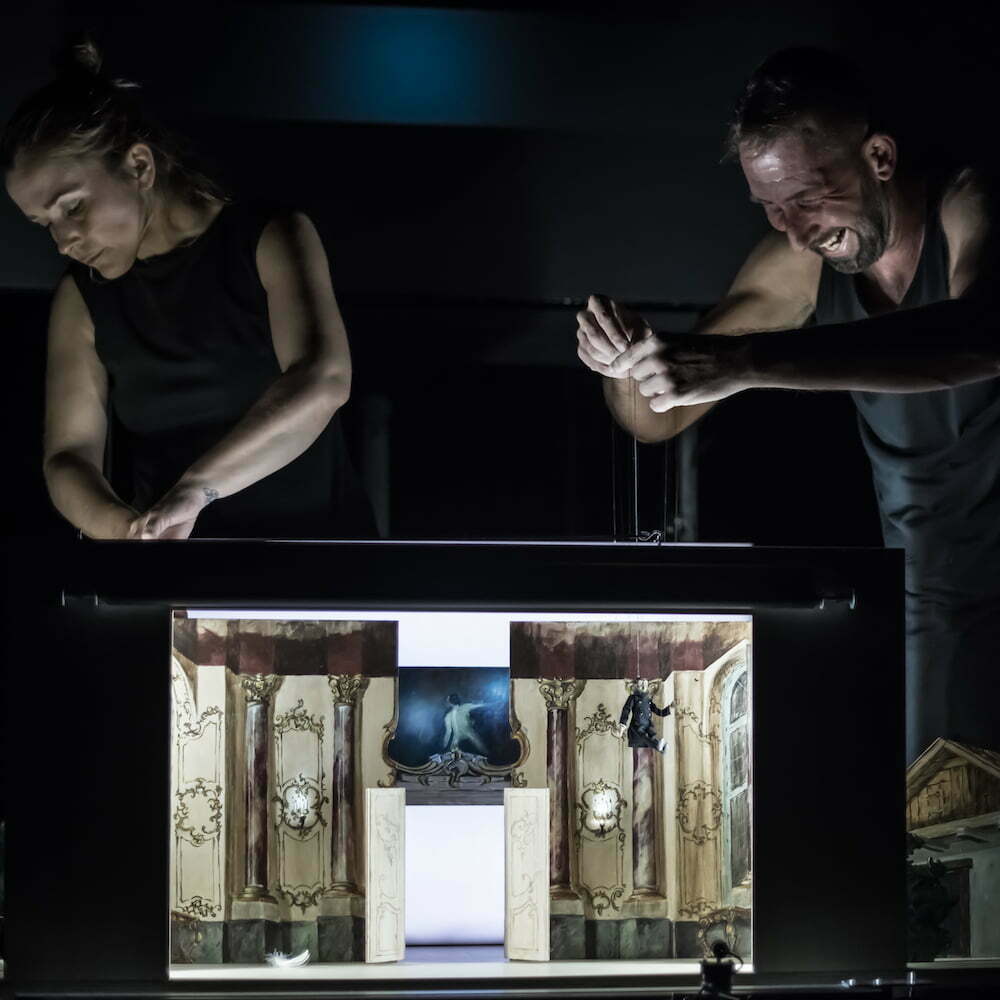 "The interlacement of the replicas, made after the original marionettes by Slovenian puppeteer, video projections, unveiling the work of animators and actors as well as the contemporary version of the story, rewritten by the novelist Célia Houdart were a genuine success both in terms of their aesthetics and dramaturgy"
Le Monde
_ Price: £12 / £10
_ Age Group: 14+ (under 18s accompanied)
_ Venue: Main Hall
Tickets

A man is given the chance to gain all the worldly power and wealth he could possibly desire. All it will cost is the loss of his soul, something he doesn’t even think he needs, in this life or the next…

A Slovenian version of Faust’s cautionary story. No matter how clever you may think you are, attempting to outwit the Devil is never a good idea.

The Ljubljana Puppet Theatre (LPT) is the main Slovenian puppet theatre staging puppet and drama performances for children, youngsters and adults. Its predominant target audiences are children and young people. The public institution was established in 1948 (as the City Puppet Theatre) and has been based in Mestni dom in Krekov Square since 1984. In its work, the LPT builds on the hundred-year tradition of Slovenian puppetry. With the establishment of the Museum of Puppetry and the Ljubljana Castle, the LPT officially became the caretaker of this precious, century-old heritage. The theatre manages five regular and several smaller, occasional venues. At these venues, which offer seating for approximately a thousand people, it produces fifteen premieres a year and is visited by around 110,000 spectators.

Slovenian language with English surtitles. This performance requires the audience to be mobile. Seating can be provided on request. We can provide an SLI for the Q&A on request by Monday 13 January.