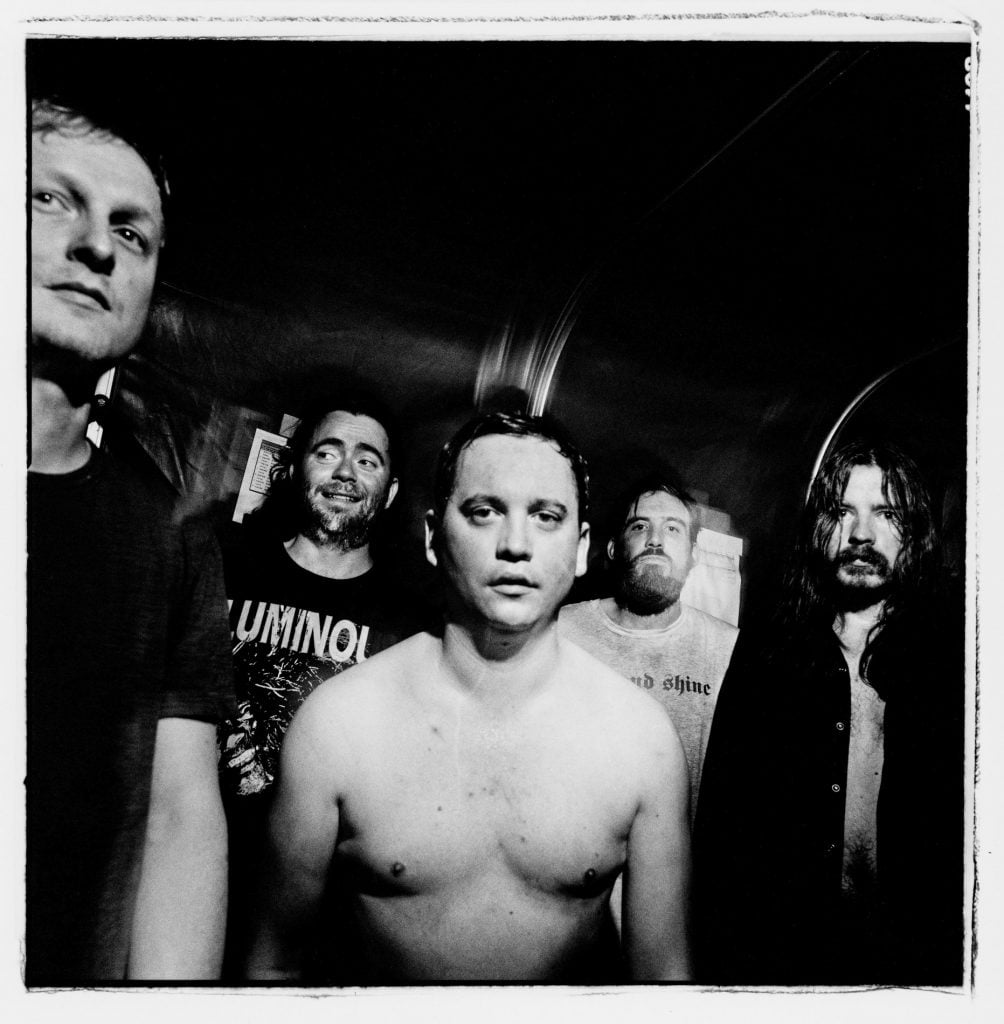 “I learned long ago, never to wrestle with a pig” reasoned George Bernard Shaw. “You get dirty, and besides, the pig likes it.”

True to form, Pigs Pigs Pigs Pigs Pigs Pigs Pigs have left the wiser of us aware that they are no band to be messed with. In the seven years since this band’s inception, the powerful primal charge at their heart has been amplified far beyond the realms of their original imagination. The band’s upward trajectory has done nothing to make the Newcastle-based quintet complacent however, as they’ve used the cumulative force behind them as fuel for their most ambitious and hard-hitting record yet. Viscerals, their third proper (released April 3rd on Rocket Recordings) is an enormous leap forward in confidence, adventure and sheer intensity even from their 2018 breakthrough King Of Cowards. Incisive in its riff-driven attack, infectiously catchy in its songcraft and more adventurous than ever in its experimental approach, Viscerals is the sound of a leaner, more vicious Pigs, and one with their controls set way beyond the pulverising one-riff workouts of their early days.

Yet Pigs have effortlessly broadened their horizons and dealt with all these new avenues without sacrificing one iota of their trademark eccentricity, and the personality of this band has never been stronger. This record is their most far-reaching yet and its ability to get down to the nitty-gritty of the human condition is implicit from its title outwards.