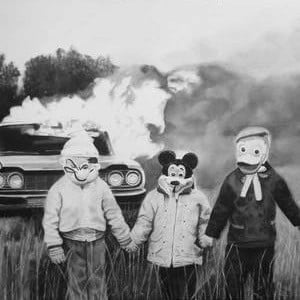 Announcing the first official Snack Revenge poetry night, being a spin-off from Colin Herd’s Adjacent Pineapple, a new online magazine based in Glasgow. Bill Fuller is in Edinburgh for a few days before Christmas and this will be his first public reading in Scotland, so not one to miss. Festive tiptoeing towards the solstice awaits.

William Fuller is a poet from Chicago, once possibly or impossibly nominated the ‘secrecy officer of American poetry’. His latest books are Quorum (Seagull, 2012) and Playtime (Flood Editions, 2015). “Magic Comma Natural” is forthcoming from Crater Press.

Pratyusha studies English Literature at the University of Edinburgh. She has been a poetry editor at The Missing Slate, and now co-edits amberflora, a new zine for eco and world poetry. Her poetry has appeared in such places as Datableed.

Dominic Hale is from Blackpool. His poems have appeared in Blackbox Manifold, Zarf, Datableed, Poetry London.