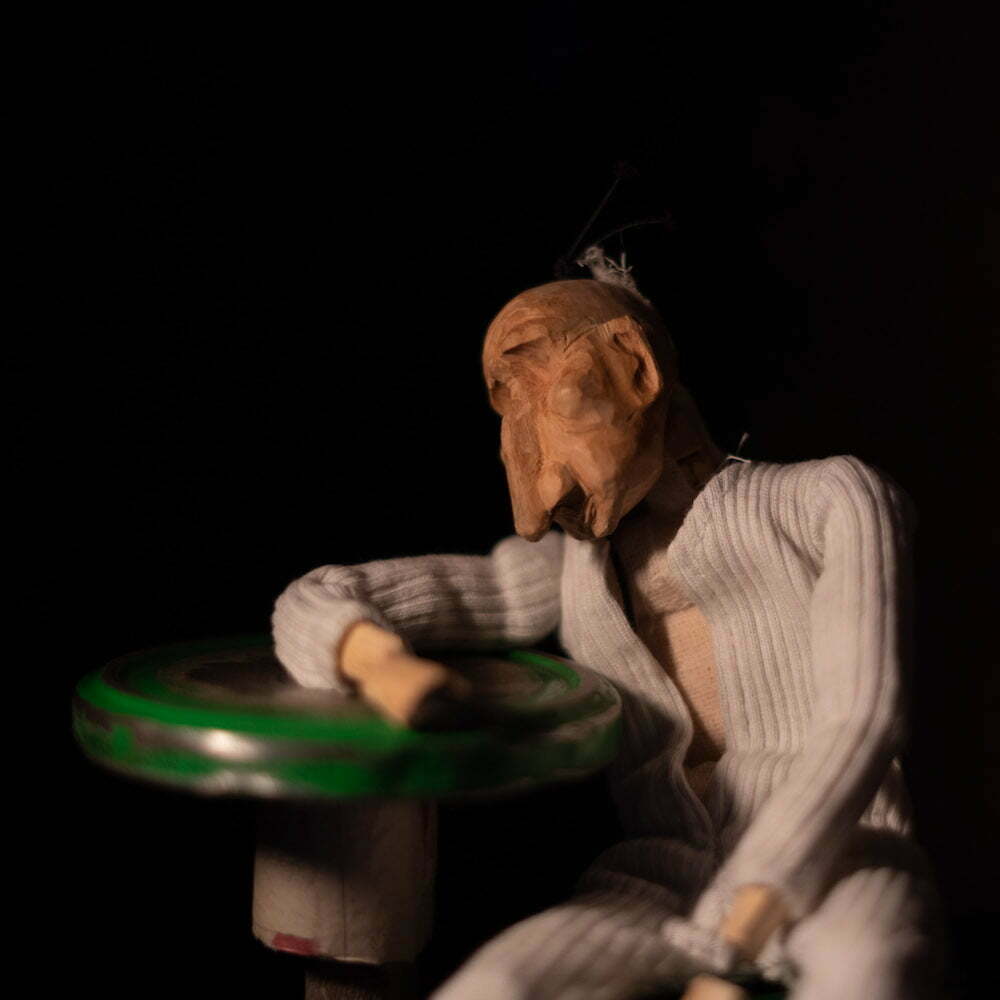 Rod and shadow puppetry, immersive light-projections and music, telling a melancholic tale of other-worldly adventures and impossible love, taking inspiration from the Tom Waits’ song Fish and Bird. An old man remembers a fateful meeting, the results of which he has lived with every day since. Shadow Bird has a strong visual narrative with no spoken dialogue and an immersive soundscape which informs the story.

Mary Grieve is an Orcadian illustrator, animator and model maker based on the Island of Raasay. After studying illustration at GSA she now works predominantly in 3D, building puppets and kinetic sculptures and designing and building sets, props and characters for stop frame animation. Most recently, Mary has been working with the Orkney based art collective ‘Móti’ exhibiting her sculptures and puppetry in a variety of venues and festivals across the Orkney islands.

After graduating from Duncan of Jordanstone college of art, her father David Grieve worked as an art teacher and freelance artist. He moved to Orkney in 1975 and worked mainly with primary school students as an itinerant teacher of art for over 30 years. During that time he has been involved in many productions ranging from Shakespeare to musical theatre and Pantomime as an actor, director and set designer. He has performed locally in St Magnus festivals and SCDA one act plays and further afield in Gotland Sweden and the Edinburgh Festival Fringe.

The piece has a strong visual narrative and little to no spoken dialogue. There is use of complex soundscapes to inform the story. Transcripts of songs’ lyrics, and descriptions of each piece are available to collect at the Basement.