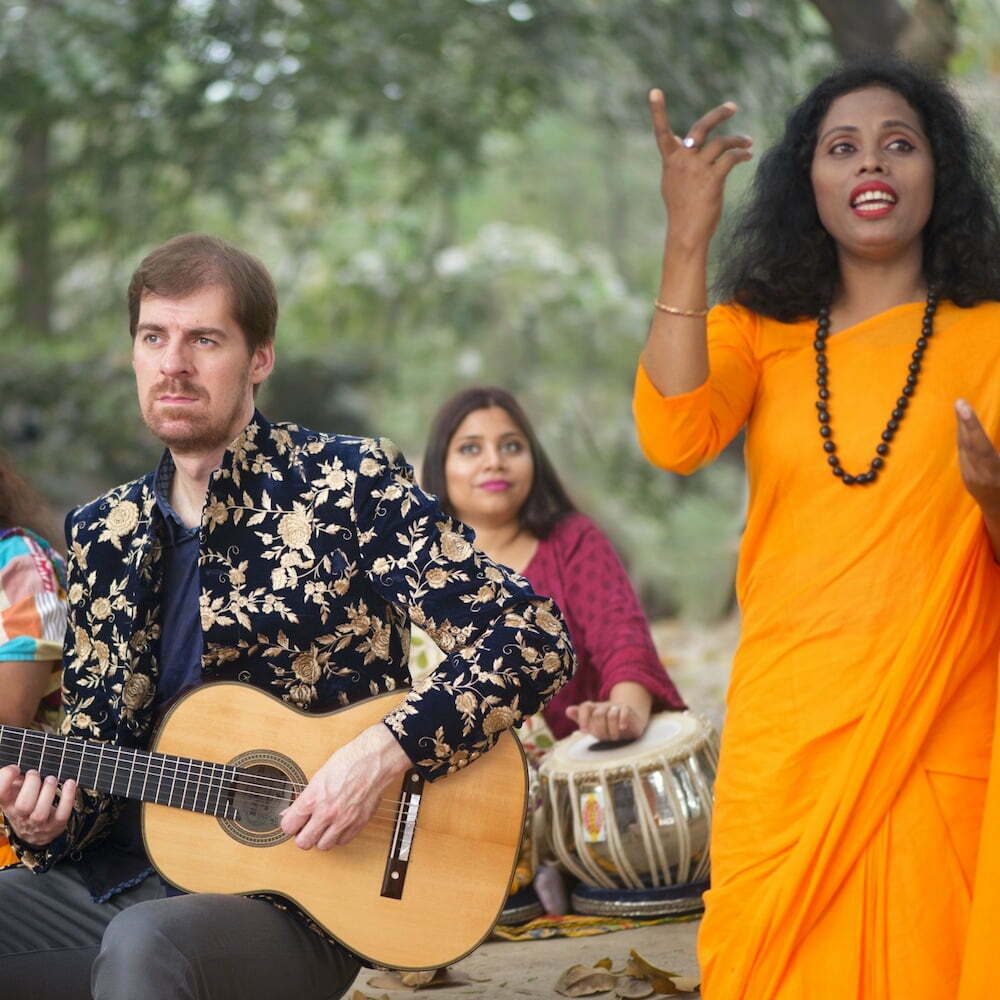 credit: Akhil Khatri
"One wonders whether in a past life Simon Thacker was a Bengali itinerant Baul mystic musician or perhaps a South Indian master of mridangam. Such is his grasp of the techniques and spirit of India’s disparate musical styles...a major statement in the co-evolution of Indian and Western music"
Songlines Magazine
"A clear spiritual kinship with the great post-Coltrane quest for transcendence...Thacker’s brilliant ensemble have found their metier"
Jazz Journal
Unreserved seating. Please contact venue with any access requirements.
_ Price: £12
_ Age Group: 16+ (under 18s accompanied)
_ Venue: The Dissection Room
Tickets

Scottish classical guitarist/composer Simon Thacker’s innate gift for reinvention and expansion comes together with one of the sub continent’s spiritually and musically richest forms.

Baul culture is one of the longest surviving examples of wandering minstrelsy, imbued with mysticism and universal messages of love and truth.

The Baul Simon Thacker’s Svara-Kanti debuted in India to standing ovations in 2014, with the full programme premiering to exceptional acclaim at the 2015 Edinburgh Fringe Festival, as part of the prestigious Made in Scotland showcase, at Summerhall.

They performed in 2016 to 60,000 people at the Dhaka International Folk Fest and at the Sacred Pushkar in 2017, one of the region’s major sacred music festivals, before releasing the universally acclaimed double album Trikala in 2018. They have featured on BBC Radio 3’s In Tune and World on 3, Maasranga Bangla TV, BBC Asian Network and STV.