Tahrir 2011: The Good, the Bad and the Politician 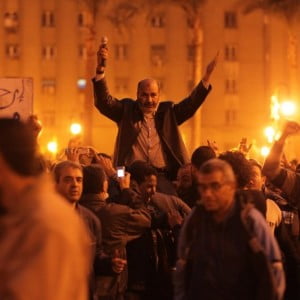 When Egyptians woke up on January 25th 2011, they never expected the one day demonstration planned for that public holiday to evolve into a full out revolution aimed at overthrowing the regime’s 30 year long grip on power. Three talented young directors decided to tell their story of the revolution from their unique cinematic point of view, choosing to focus not only on the politics, but on a handful of individuals whose actions would determine their fate and forever change the future of their country. This is the story of their revolution told from their eyes with three different perspectives.

Taking place as part of the Karama Human Rights Film Festival at Summerhall.