The Berlin Review of Books @ Summerhall: Women in the Shadow of Revolutions 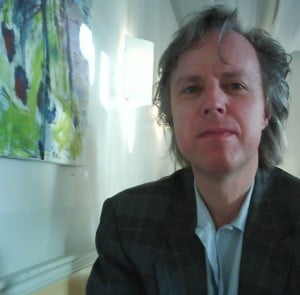 What was it like for a woman to be artistically productive in the 19th century? This talk follows the lives of mother-daughter pair Mme Colmache and Mme Vaneri Filippi, both of whom enjoyed successful careers when professional opportunities for women were scarce and revolutions ravaged Europe. With close links to French statesman Prince de Talleyrand-Périgord and English novelist William Thackeray, Paris-based Georgina Colmache was a prolific journalist and writer. Her daughter, soprano Pauline Vaneri Filippi, studied with Gilbert Duprez in Paris and sang at prestigious venues throughout Europe, before being appointed professor – the first woman ever – at the Milan Conservatoire.

Per Ahlander read modern languages, musicology and fine arts at Stockholm University, and music at the Royal Swedish Academy of Music, before completing his PhD at the University of Edinburgh in 2009, which won the 2010 Ratcliff Prize. A graduate of the Stockholm School of Economics, he worked for several years in the banking and finance industry in Switzerland and Sweden, prior to returning to academia.

At a time when the future of Europe is discussed in purely economic terms, the Berlin Review of Books @ Summerhall lectures seek to open up a space for debating the intellectual interconnectedness of Europe and its vast (shared) cultural imagination.