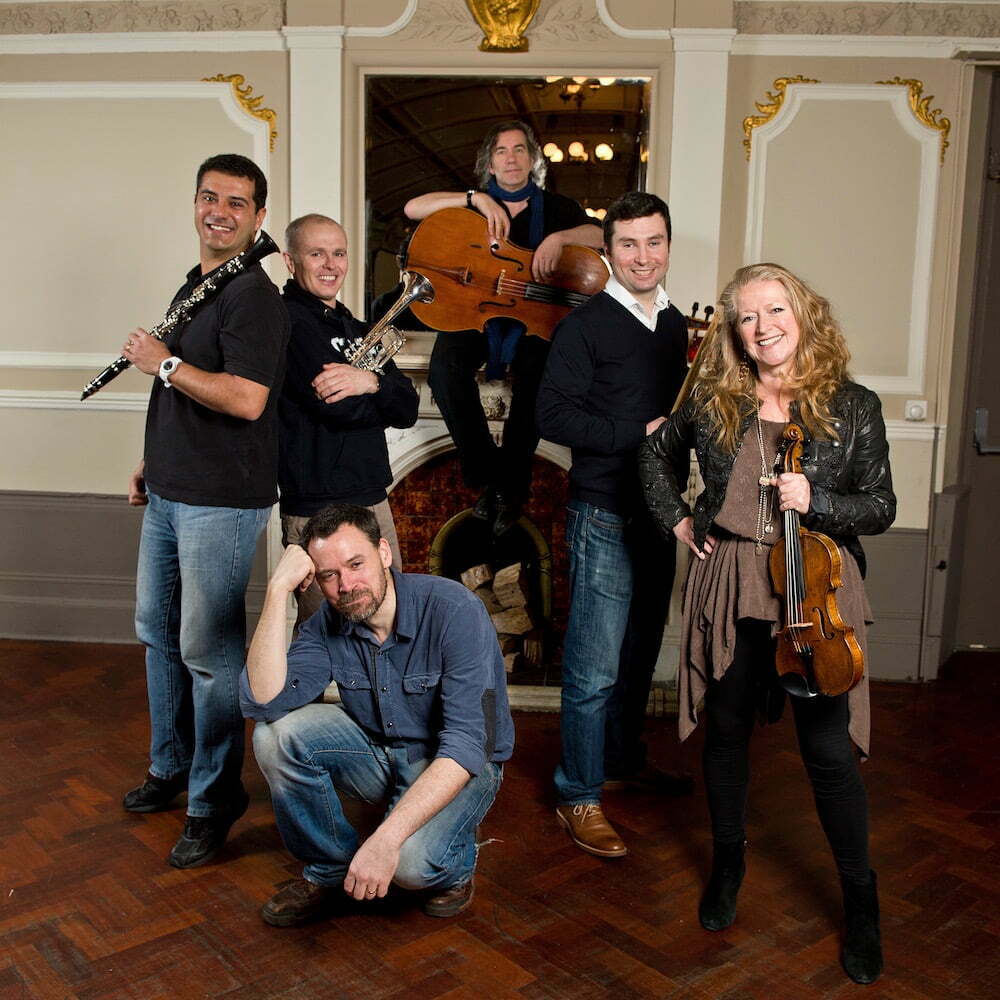 As Scotland’s international contemporary music ensemble Red Note criss-crosses its home country each year, performing to audiences from the Outer Hebrides to the Borders in traditional settings including concert halls, and in bothies, pubs, clubs and aircraft hangars.

Internationally, Red Note has performed to great acclaim at festivals and venues across Europe, Australia and the UK. The ensemble records for the Scottish Delphian CD label, and broadcasts regularly on Radio 3.

The ensemble also undertakes an extensive programme of Access, Engagement and Participation (AEP) work, focusing particularly upon working with younger and older people, people with multiple disabilities, and people living in areas of high multiple deprivation, as well as working to address inequalities of access and representation due to race/ethnicity and gender imbalances.
Alongside this, Red Note undertakes an extensive performer and composer development programme within schools, universities and conservatoires both nationally and internationally, through its annual Red Note Advanced Academy each September.