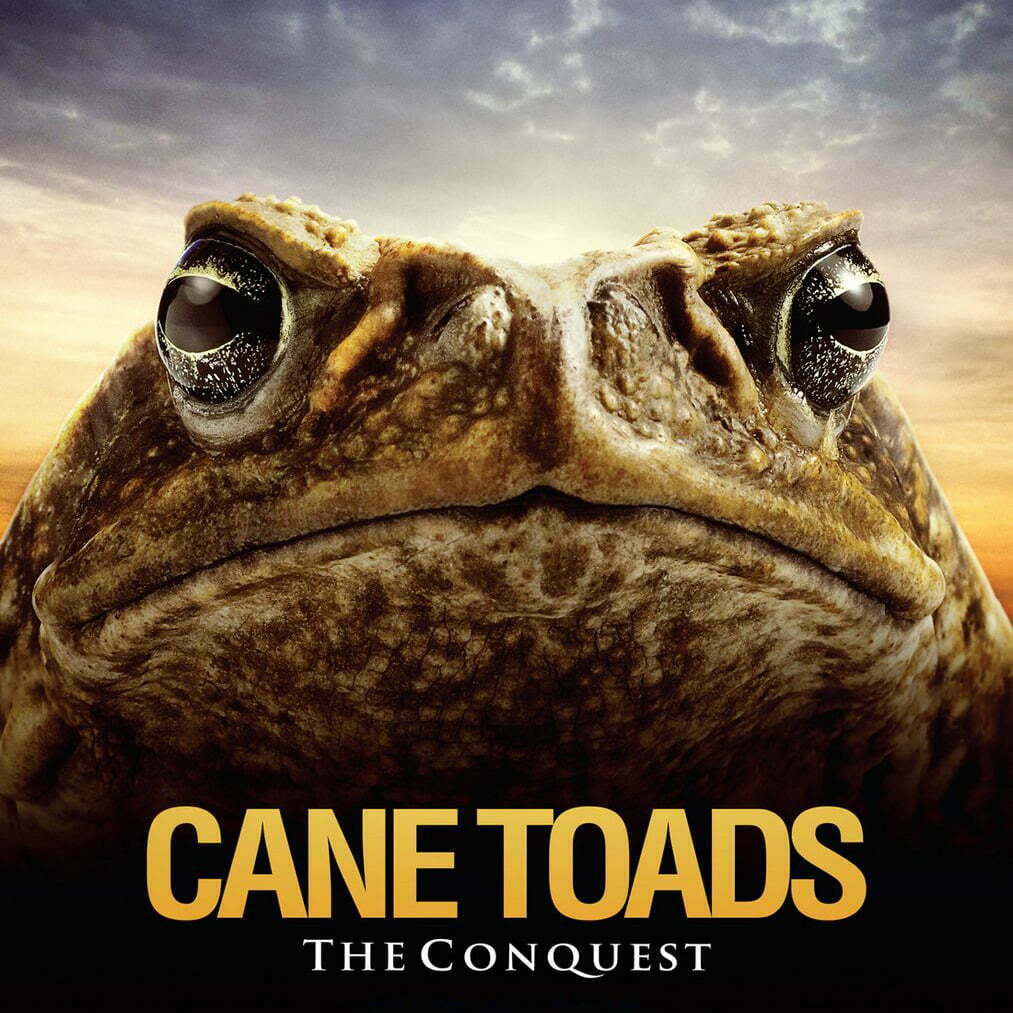 A documentary comedy film about the environmental devastation left in the wake of the giant toads’ unstoppable march across Australia.

From a strange and savage land, comes a hero unlike any you’ve ever known. In 1935, 102 Cane Toads are shipped to Australia from the UK to eliminate beetles destroying sugar cane crops. 90 years later: “I really doubt the IQ of those people, with all due respects”

A female Cane Toad lays 30-40,000 eggs twice per year, and did nothing to stop the beetles. A huge predator and highly toxic, the Australian Senate mandated in 2019 that welfare should be paid to citizens who hunt and kill cane toads, now estimated to be 200 million in population throughout Queensland alone.

Featuring a host of engaging characters as well as thousands of toads, Cane Toads: The Conquest is a humorous yet thought-provoking journey into the issue of invasive species.

Without doubt one of the most unusual, surprising, enjoyable and amusing films you’ll ever see.

"The namesake of the wacky, yet substantial documentary "Cane Toads: The Conquest" is not a creature to be taken lightly, even if the film (and the audience) has plenty of fun at his expense."David Lewis (San Francisco Chronicle)