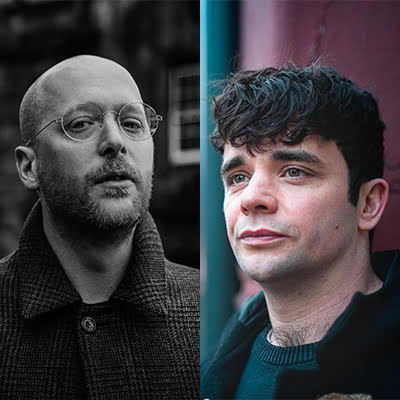 Calum Rodger is a poet working in performance, print, and digital media. Armed with a PhD in Scottish literature, he has reimagined 20th century poems as video games, and created crowdsourced poetry for the Edwin Morgan Centenary Program at the Hunterian. Uniquely for Push the Boat Out, he’ll present an extended reworking, via film and performance, of Rock, Star, North., a poetic travelogue set in the Grand Theft Auto V universe.

Sam Riviere’s poetry is fearless and satirical, and has been described as a kind of ‘anti-poetry’ in its rejection of so many of the conventions and hallows of the contemporary poetry ‘scene’. Riviere is the author of three poetry books: the Forward Prize-winning 81 Austerities, Kim Kardashian’s Marriage and After Fame. His novel Dead Souls sends up the entire ‘poetry business’, positing a world where the currency is poetry. These two poets are very much of the present and the future, and are not to be missed.