Everything Everywhere All At Once (15) 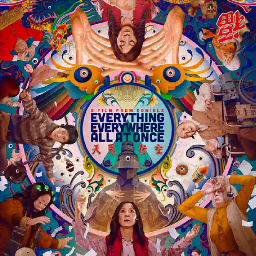 Directed by Daniel Kwan and Daniel Scheinert, Everything Everywhere All At Once is a hilarious and big-hearted sci-fi action adventure.

Exhausted Chinese American woman (Michelle Yeoh) is swept up in an insane adventure, where she alone can save the world by exploring other universes and connecting with the lives she could have led.

Please note: This film contains flashing images which may affect viewers who are susceptible to photosensitive epilepsy.

"★★★★★ - an all-out cinematic assault, a cacophony of creativity that dazzles, delights, and defies explanation with every passing second. Leaving you breathless is its entire MO."The Independent