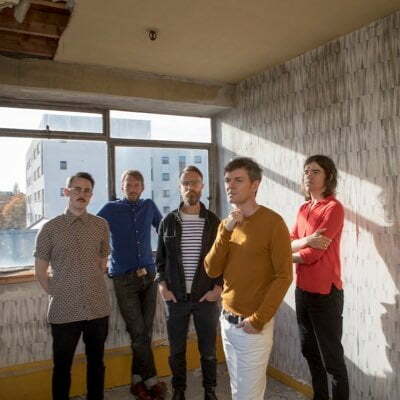 Idlewild are very excited to announce a special concert the night before their 25th Anniversary hometown show at Edinburgh’s Usher Hall.

Roddy Woomble, Rod Jones, Colin Newton, Bob Fairfoull will perform their 1998 debut (mini) album ‘Captain’ in its entirety (all 20 minutes of it) at Summerhall in Edinburgh.

‘Captain’ received a limited edition vinyl release last year, and they were going to do something to celebrate it – but the pandemic got in the way of those plans.

So on November 26th at Summerhall, the four of them will bring the album back to life just like they did it in 1998, only with less rolling about on the floor, or playing guitar with teeth, or taking off shoes and throwing them into the crowd, or head butting the bass, or jumping into the crowd, or having the stage full of crowd members, spilt beer, cigarettes, etc – they’ll be none of that, but it will still be great – the four of them on a small stage, playing through ‘Captain’, the record that introduced Idlewild to the world.

Please note this will be a short set as the album is 20 minutes long!

There will be some Idlewild DJ action before, in-between and after the bands.