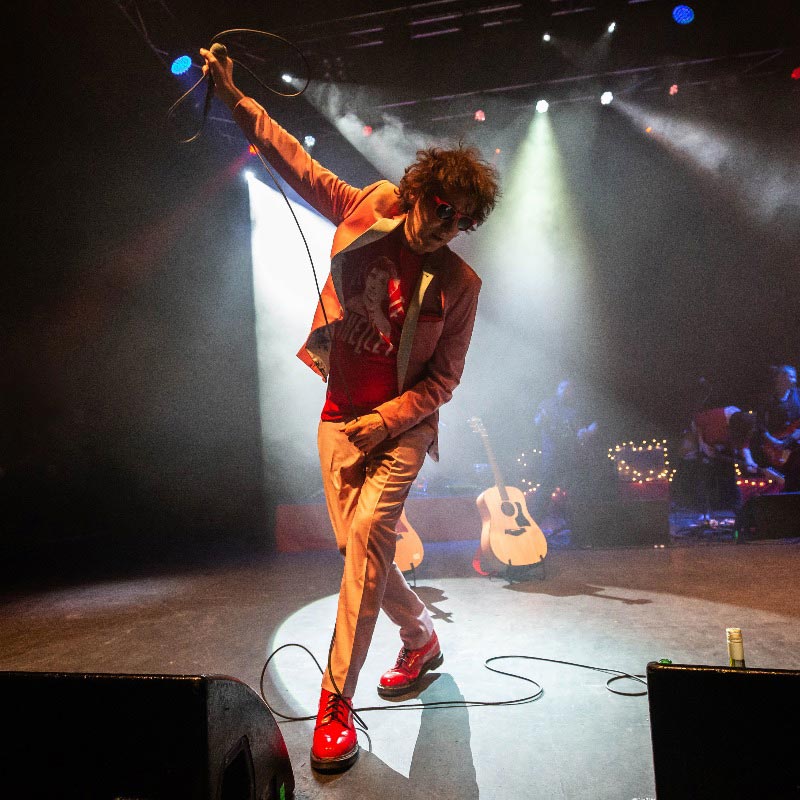 Age Group: 16+ (under 18s accompanied)
Duration: 3h
STANDING ONLY. PLEASE CONTACT VENUE WITH ANY ACCESS REQUIREMENTS. PLEASE NOTE: THIS SHOW HAS BEEN RESCHEDULED FROM 20TH AUGUST 2020.

As singer with Carter The Unstoppable Sex Machine, Jim Bob had 14 top 40 singles, 4 top ten albums (including a number one), sold over a million records, toured the world and headlined Glastonbury. In 2007, ten years after initially splitting, Carter USM reformed for a series of huge sold out shows until they called it a day again in 2014.

Outside of Carter Jim Bob has had a long and varied solo music career. He has released ten solo albums and written songs for Ian Dury and for the 2006 Barbican production of Mark Ravenhill’s Dick Whittington & His Cat. In August 2010 Jim Bob made his Edinburgh Fringe debut in the Ward and White musical Gutted, A Revenger’s Musical.