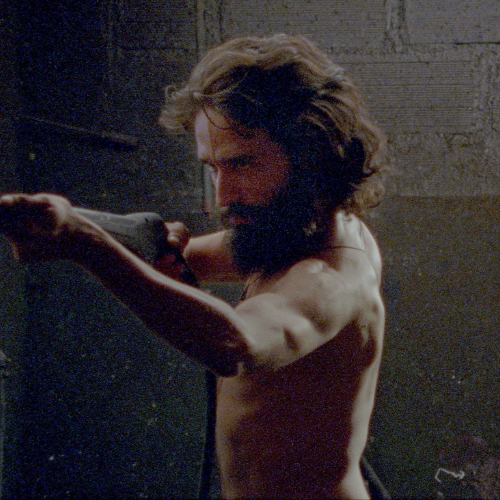 LOS CONDUCTOS is a ramble from the core of the earth. Formally striking, bold, and free of traditional narrative constraints, Camilo Restrepo’s first feature exists as a lyrical examination of Colombia’s history of violence. A visionary, raw, powerful film awarded in Berlinale, expanding the boundaries of New Latin American cinema.

A victim of deprivation and social exclusion had joined a religious cult that gave him a sense of community, but has since liberated himself from its oppressions and criminal temptations.

Camilo Restrepo’s first feature is the story of Pinky, a criminal, fugitive from a religious cult, drug addict and violent schemer who lives the reality of a city (Medellín) and a country in the midst of chaos. LOS CONDUCTOS deconstructs his story through fragments, quotes, pieces of a puzzle that make the audience experience the film from the inside out, as if they were inside a nightmare filmed on gorgeous grainy 16mm.

Powerful, digressive, changing, it is also the culmination of some of the formal ideas that Restrepo dealt with in his previous short films. This is a story of survival, of recovery, of reconstruction. A religious parable without gods.

"A fantastical tale on the instrumentalisation of religion and the triumph of violence in Colombia, based upon the recollections of a sect survivor"Cineuropa