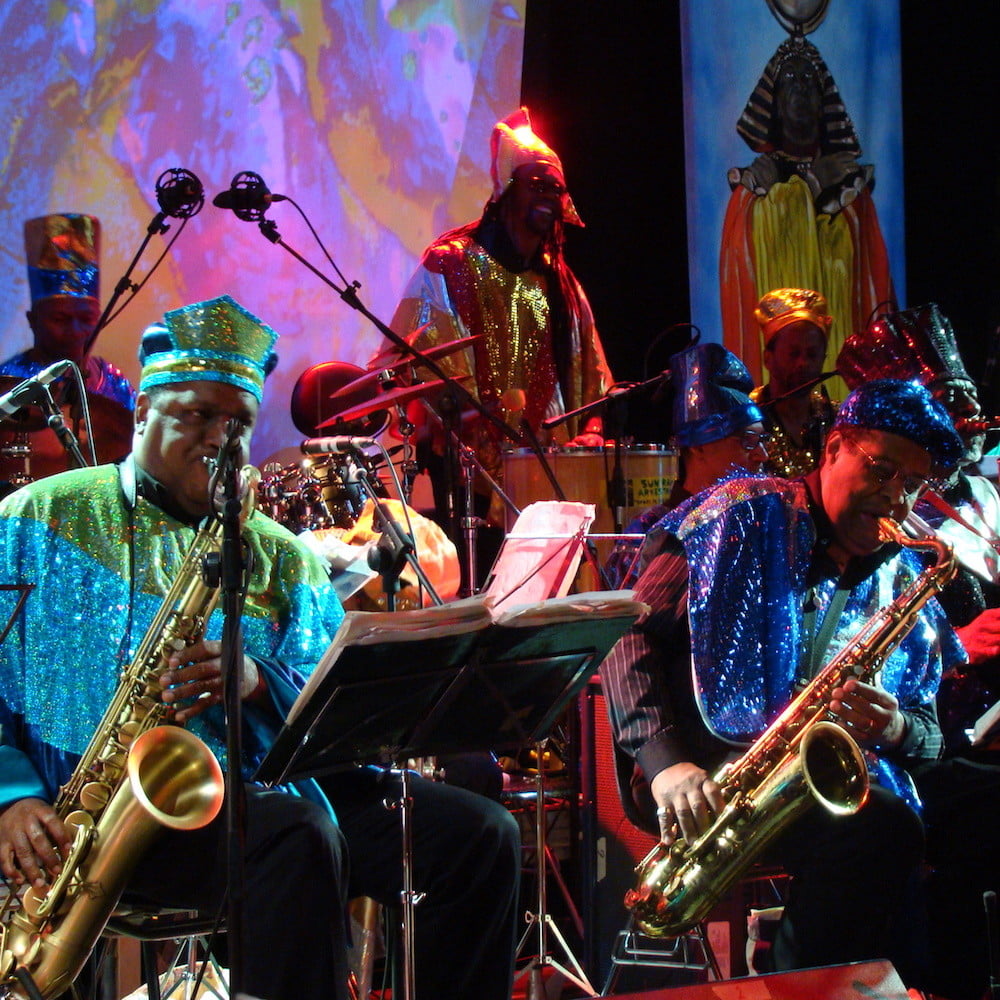 Age Group: 16+ (under 18s accompanied)
Duration: 3h
Standing only. Please note: this event was rescheduled from 8th May 2020 (all tickets remain valid).

Sun Ra was one of the greatest and least known jazz artists of the last four decades, whose influence on diverse musicians is little known to the general public. A pianist and band leader, his style ranged from retro swing to avant free, and often in the same piece. His band could play a swinging Gershwin tune and almost imperceptibly soar into their free cosmic equational tones as if they possessed a single mind.

Ra, or “Sonny” as some called him, was a keyboard improviser of great originality, but his foremost talent was for inspiring and teaching creative musicians to improvise freely but together. This tension between freedom and coherence was something he explored with abundant energy and skill. Sun Ra took his leave of us in 1993.

Sun Ra said and wrote many strange things while he was upon this planet. The easy, mindless reaction is to just label him ‘weird’ and hide behind that facile label. Another possibility is that he was passionately engaged in and by his creative mythology, and that what he really meant could only be articulated in his music.

"Something unique, brilliant and legendary"★★★★★ - The Guardian