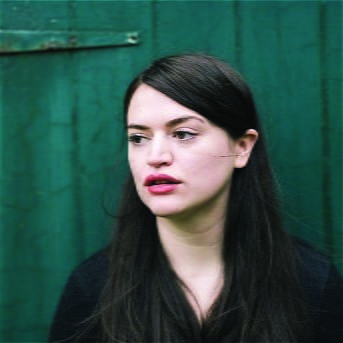 Age Group: 16+ (under 18s accompanied)
Duration: 2h
This event has been rescheduled (original date: 26/8/2021). This event will now be undistanced (still seated) and take place inside.

Singer, multi-instrumentalist, composer, songwriter, library music producer, Siobhan Wilson was born in Elgin, Scotland, UK. Siobhan has 14 years of live touring and studio production experience. Her 2017 album, There Are No Saints was shortlisted for Scottish Album of the Year and drew attention from the likes of Rolling Stone and BBC Radio 6 Music’s Lauren Laverne, who listed it as her album of the day. Wilson’s a regular live performer at BBC Scotland and BBC Radio 6 Music stations and was shortlisted for Best Musician in The Sunday Herald Culture Awards in the same year.

Support comes from Mt. Doubt, the on-going project of Edinburgh singer-songwriter Leo Bargery. Often leaning into the more melancholic and emotive, Mt. Doubt recently released their third album ‘Doubtlands’ via Last Night From Glasgow and have been described by BBC Scotland as “A distinctive new voice in Scottish music”

"Magical, beautiful, haunting – she’s got a voice like a nightingale!"BBC Music