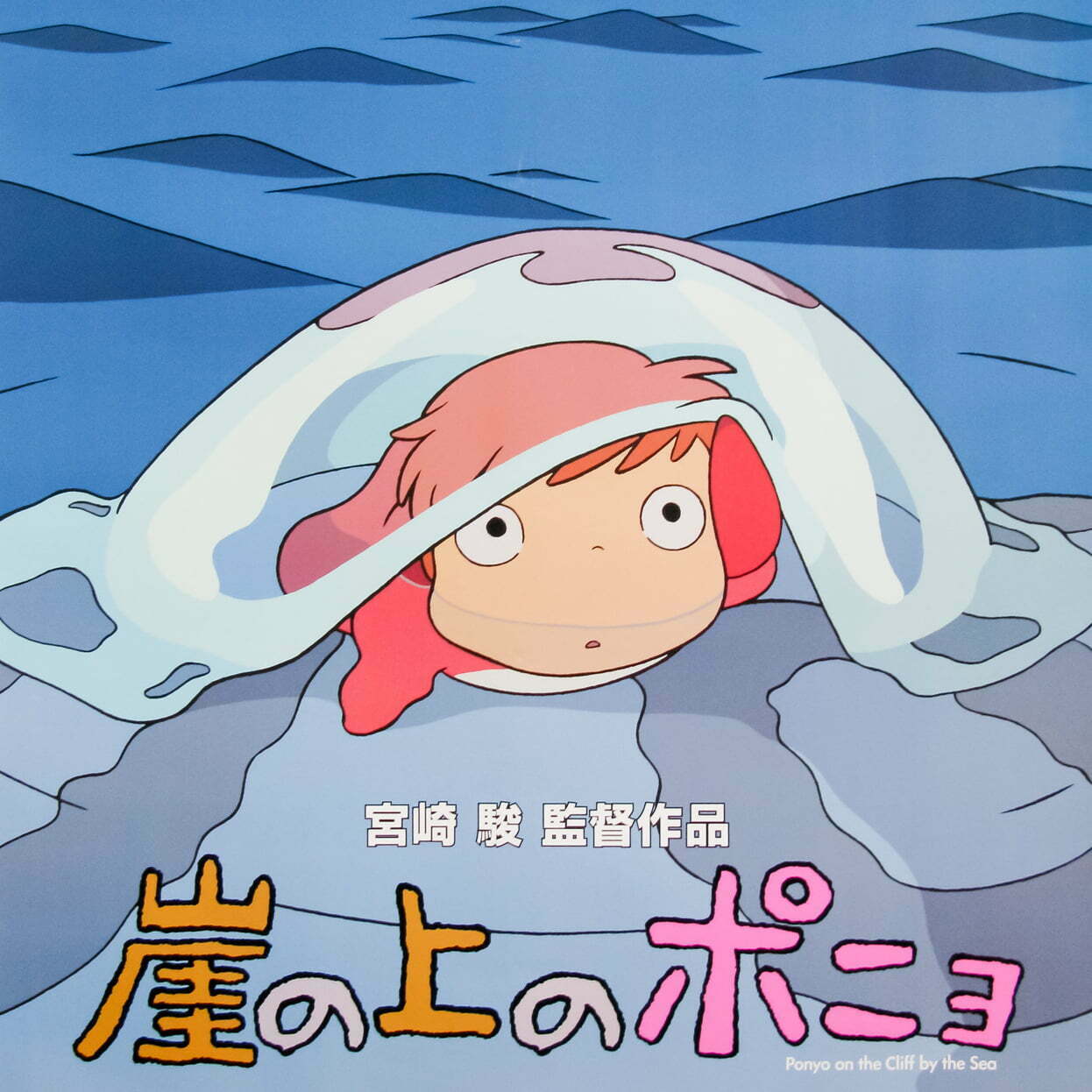 Fujimoto, a once-human wizard/scientist, lives underwater along with his daughter, Brunhilde, and her numerous smaller sisters. While she and her siblings are on an outing with their father in his four-flippered submarine, Brunhilde sneaks off and floats away on the back of a jellyfish. After an encounter with a fishing trawler, she becomes trapped in a glass jar and drifts to the shore of a small fishing town where she is rescued and falls in love with a five-year-old boy named Sōsuke.

"A weird, wonderful aquatic romp, Ponyo is also a meditation on the state of this blue planet. Catch it."Nick De Semlyen (Empire Magazine)