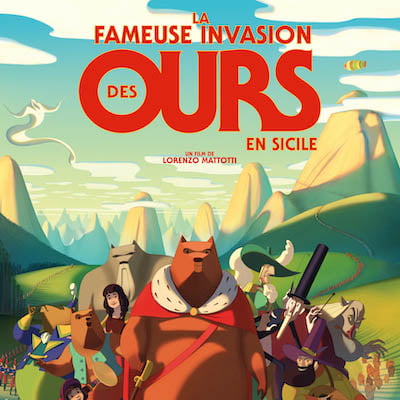 Eclectic Italian artist and illustrator Lorenzo Mattotti has designed everything from comic books to New Yorker covers in his long and acclaimed career, but The Bears’ Famous Invasion of Sicily (La famosa invasione degli orsi in Sicilia) is his first venture into feature filmmaking. Based on novelist Dino Buzzati’s (The Tartar Steppe) only children’s book, and taking its cue from local traditions like the wandering minstrel and storyteller, it is a colourful fairy tale. To find his long-lost son and food to survive the winter, the great bear king leads his clan down from the mountains and into the world of men. After escaping terrible monsters and defeating an evil duke, the bears and men live together in peace – for a time.

"A folkloristic work of the imagination… "Hollywood Reporter