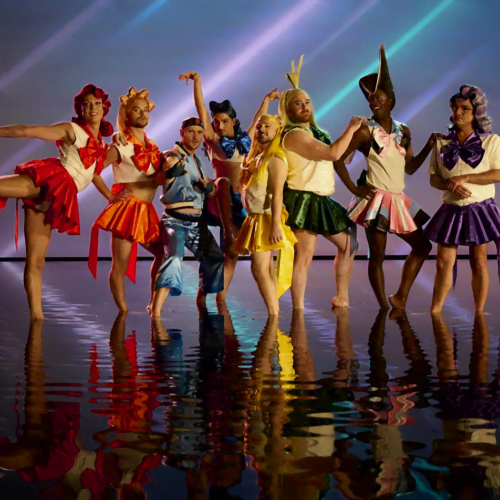 The impetus for the first Shiny Shrimps film about a rainbow water polo team was to raise the taboo of homosexuality in sport. This new chapter turns its spotlight on state-sponsored homophobia and hate crimes as well as Putin’s oppression of the LGBT community. Two years on coach Matthias (Nicolas Gob) decides to take Selime (Bilal El Atreby), a youngster he believes to be gay, to the Gay Games in Tokyo along with the Shiny Shrimps.

Missing their flight connection, they are grounded in remote Russia, the start of a crazy adventure mixed with musical comedy and lots of tight Speedos. Although taking aim at Russian homophobia, paradoxically this sequel was shot in Ukraine before the conflict. Naturally the recent turn of events in Ukraine affected the cast and crew, many of whom were Ukrainian.