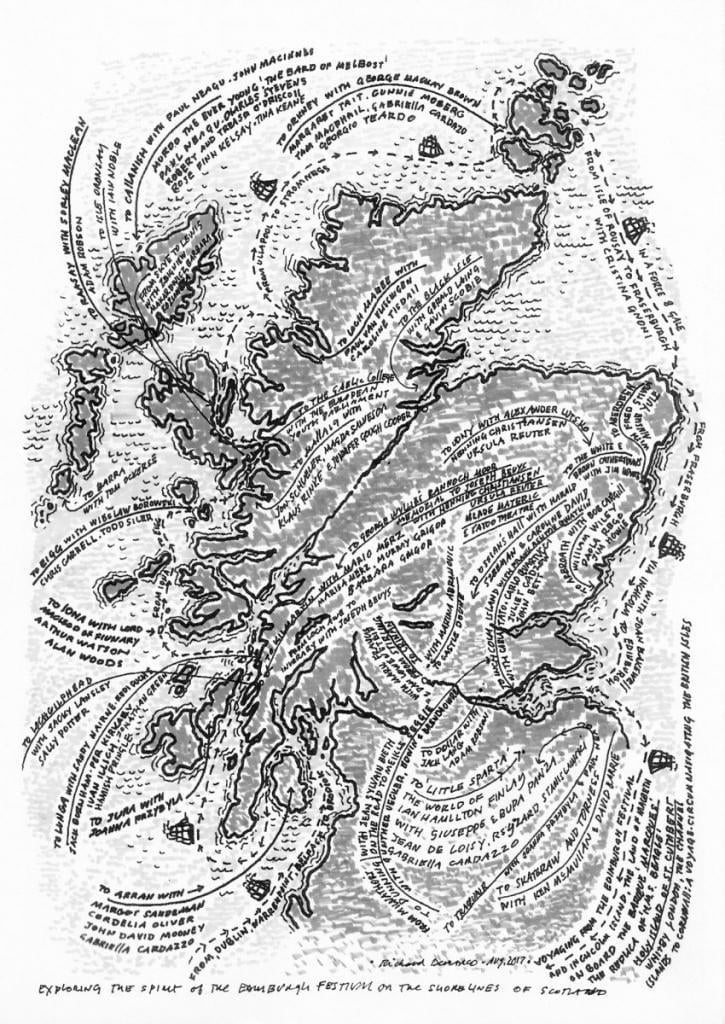 For over half a century Richard Demarco has been closely involved with the Edinburgh International Festival. As an artist, gallery director, conference organiser and teacher, he has been a potent force on the Scottish and international arts scene.

It is also the 50th anniversary of The Demarco Gallery’s 1967 programmes devised for The Edinburgh Festival, so that the Contemporary Visual Arts, including the spirit of the international avant-garde, was added to The Edinburgh Festival official programme. This meant that the art of Joseph Beuys, Buckminster Fuller, Tadeusz Kantor, Paul Neagu and Ian Hamilton Finlay were introduced into the official programmes of The Edinburgh International Festival and with them the Bauhausian spirit of Black Mountain College.

The Demarco Archive exists not just as an archive but as a large-scale total artwork. It is a veritable ‘Gesamtkunstwerk’, unique in all the world because it is aligned with the history of The Edinburgh Festival, the history of The Cold War, and the interface between the 20th and 21st centuries. It, therefore, supports the deep questioning embedded in the book of Jean-Francois Martel entitled ‘Reclaiming Art in the Age of Artifice: A Treatise, Critique, and Call to Action’.

There is no doubt that the archive reveals the nature of a slow but steady creation of a web of bureaucracy influenced by our 21st century materialistic society and the ever growing impact of market forces and unrestrained information technology.

The Demarco Archive is multilingual at a time when the globalisation of information technology enables the English language to become evermore predominant.

For more detailed information on The Demarco European Art Foundation’s full programme at Summerhall and beyond, please make reference to our own Brochure and Facebook page.