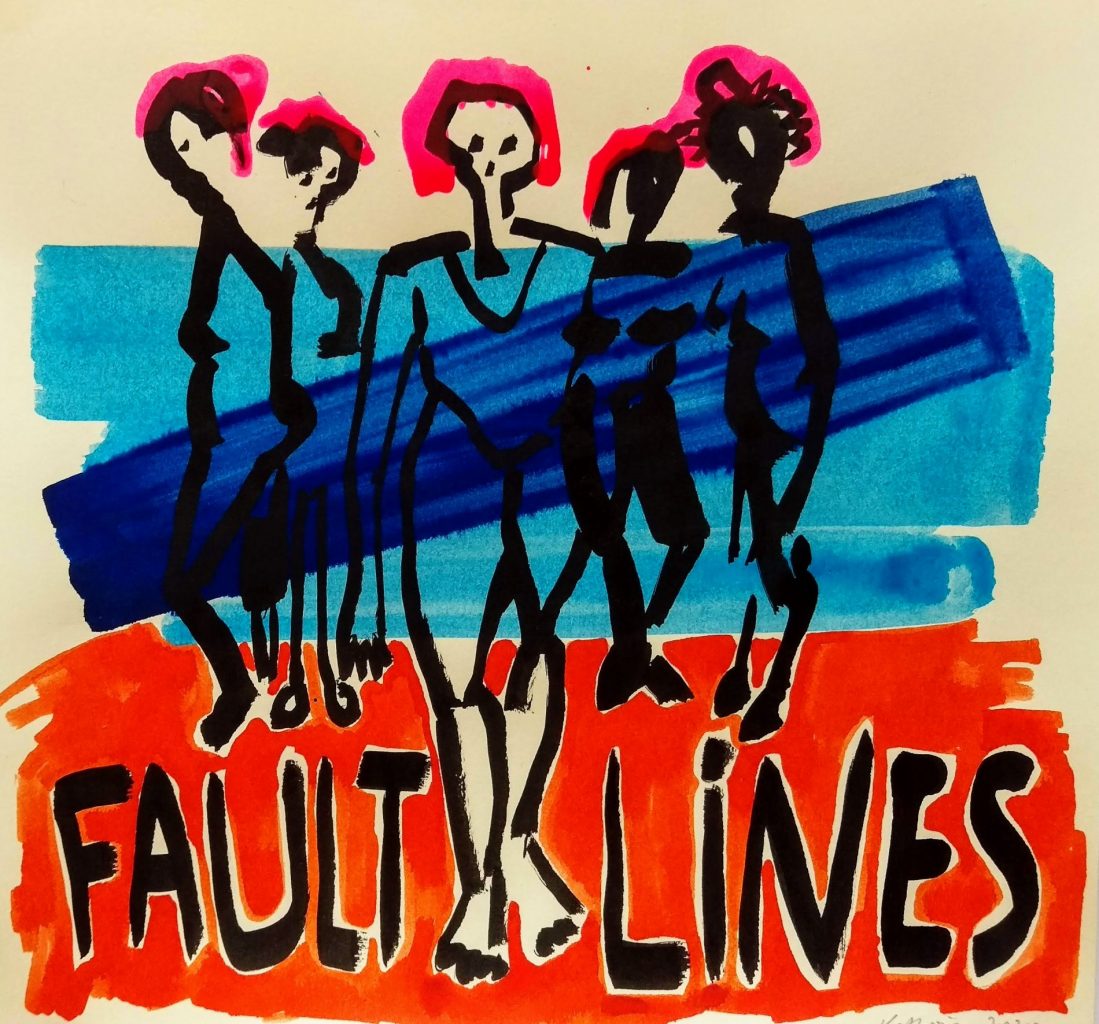 Drawing Fault Lines is a selection of drawings that form a fundamental element of the making and devising process of Fault Lines, a new performance work by Two Destination Language theatre company that premieres at Summerhall during Manipulate Festival 2020.

Each drawing is a window into a situation that invites the viewer to create their own story and narrative unraveling before them. Each window – an opportunity, someone’s story, someone’s history, your gaze, and your assumptions.

Drawing Fault Lines is a unique insight into the process of theatrical image-making. Part storyboard, part fantasy, this exhibition foregrounds a way of thinking, looking and imagining a live event through the medium of drawing.

Katherina is a theatre maker, visual artist, and a set and costume designer. Born in Bulgaria in 1982, Katherina has lived in the UK for the last 20 years. Graduating from the National High School of Fine Arts in Sofia in 1999, Katherina won a full scholarship to study at the City of Bath College in 2000 and then went to Wimbledon School of Art graduating in 2004.

Radeva’s design work for Declining Solo is currently at the Staging Places exhibition at London’s V&A Museum until March 2020 and past group design exhibitions include Make Believe at Nottingham Trent University; Collaborators at V&A Museum London and Nottingham Trent; Transformation and Revelation at Royal College of Music and Drama, Cardiff and Royal National Theatre’s Linbury Prize.