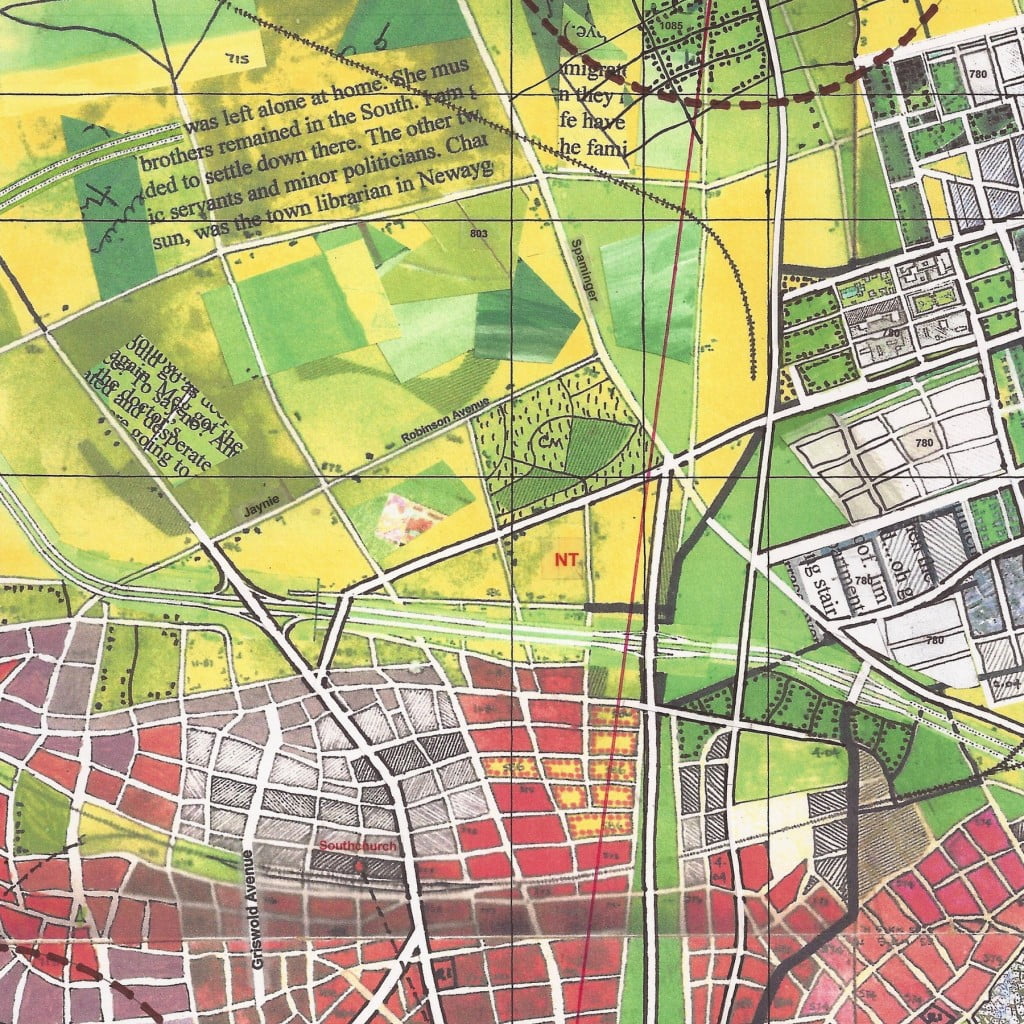 “The map began as just a doodle. I just made little rectangles and crosshatched them. Carefully. And I just kept adding rectangles and I put a river in….and some railroad stations. But there was this moment when I came to the edge of that sheet of paper…got out another sheet of paper and put the two together…and I think I taped them together. That’s when I realized that it kind of had a life of its own.”

An internet sensation, 50 years in the making, Jerry’s Map (as it is known – it has no official title) is an awe-inspiring artwork on a colossal scale. Jerry Gretzinger has been slowly drawing and painting his “map” one 8 x10 inch panel at a time. Working in makeshift studio spaces during spare moments plucked out between career and family. Jerry began with a singular doodle of a fictitious city centre, evolving it into a sublime world of more than 2,500 individual drawings.

Jerry utilises paint brushes, X-Acto knives, adhesive paper, Sharpie markers, acrylic and watercolour paints as well as informational tools such as numbered archival stacks and Excel spreadsheets. However, the most important and unique amongst the tools is chance. He has created systems governing the growth and decay of the map through what he has defined as the “future predictor” – a stack of modified playing cards which he draws from many times a day during his creative process. They are designed to introduce serendipity and chance into all facets of his “world.”

Jerry’s Map has never been seen outside of the United States and Jerry will continue to make modifications to his work at certain periods during the exhibition.

Listen to Jerry talk to BBC Radio Scotland about this exhibition: http://www.bbc.co.uk/programmes/b03jtfmd

Thanks to ER Plastics for their support