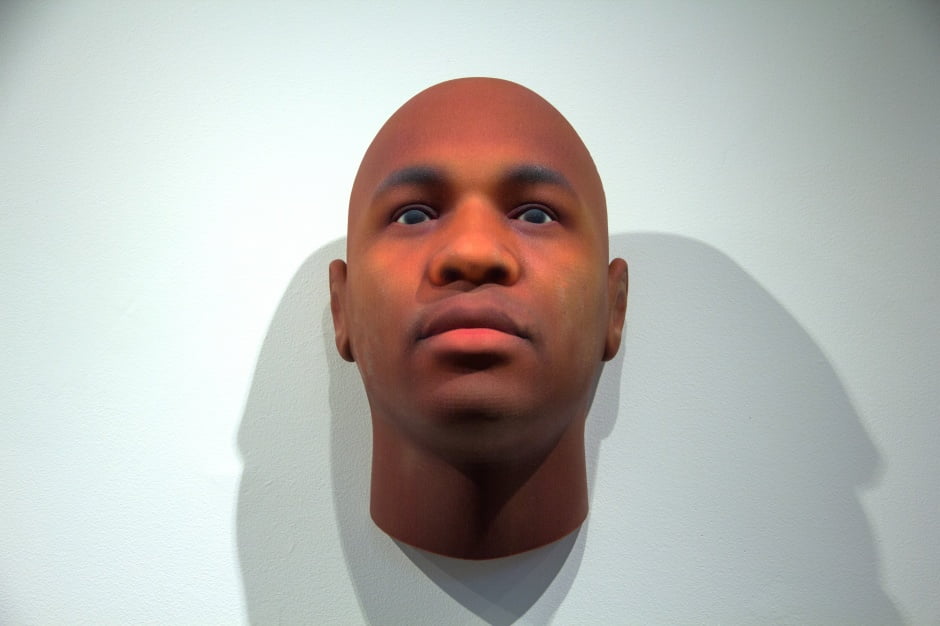 In ‘Stranger Visions’ artist Heather Dewey-Hagborg creates portrait sculptures from analyses of genetic material collected in public places. Working with the traces strangers unwittingly leave behind, Dewey-Hagborg calls attention to the developing technology of forensic DNA phenotyping and the potential for a culture of biological surveillance. DNA phenotyping, also known as molecular photofitting, is the process predicting an organism’s phenotype using only genetic information collected from genotyping or DNA sequencing, it is primarily used to refer to the prediction of a person’s physical appearance and/or biogeographic ancestry for forensic purposes. Designed as an exploratory project based on emerging science, the forecast of ‘Stranger Visions’ has proved prescient. Dewey-Hagborg hopes, by producing realistic sculptures of anonymous people using clues from their DNA, to spark a debate about the use or the potential misuse of DNA profiling, privacy, and genetic surveillance.